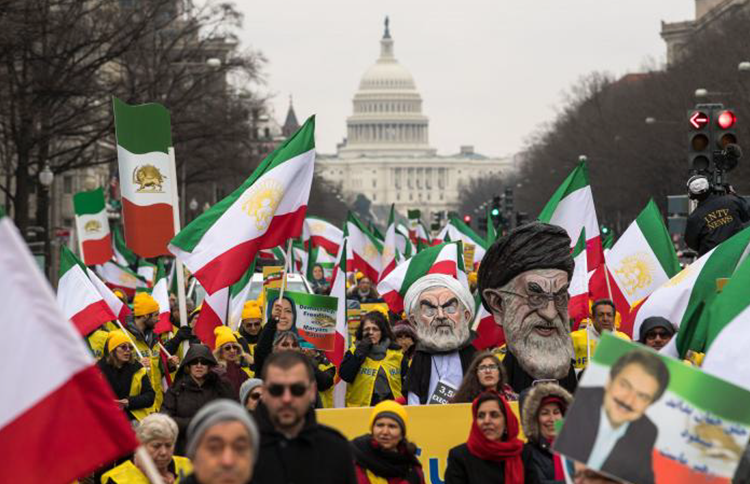 On Tuesday, September 24, thousands of members of the Iranian diaspora and their supporters from across the United States will rally outside the United Nations building in New York to show their support for the Iranian people’s quest for “regime change” and to urge the international community to adopt a firm policy towards Iran.

The rally will further call on UN member states to impose comprehensive sanctions on the Iranian “regime” for flagrant violations of human rights, violations of the 2015 nuclear deal, continued use of the ballistic missile program, export of terrorism, and causing havoc in the Middle East.

The rally, which will occur at the same time as the opening of the annual session of the UN General Assembly, will feature several prominent speakers, including Senator Joe Lieberman, and is sponsored by the Organization of Iranian American Communities (OIAC), which is a non-profit organization representing the network of Iranian-American organizations in the US. It advocates a democratic, secular, and non-nuclear republic, supporting the 10-point Plan of Maryam Rajavi, the President-elect of the main opposition coalition National Council of Resistance of Iran (NCRI).

In a statement, the OIAC said: “The regime’s Supreme Leader Ali Khamenei and its president Hassan Rouhani do not represent the Iranian people who have shouted ‘Death to Khamenei, Death to Rouhani’ in the nationwide uprisings, demanding the overthrow of the mullahs’ regime and the establishment of democracy.”

The Iranian opposition group People’s Mojahedin Organization of Iran (PMOI/MEK) explained that given the torture and executions happening in Iran, “the president of this dictatorship has no place in the United Nations for this year’s General Assembly”.

The MEK said that Rouhani should be sanctioned alongside Khamenei and Foreign Minister Mohammad Javad Zarif, and should face an international tribunal for his role in crimes committed by the “regime”.

The MEK wrote: “Freedom-loving Iranians! The time has come to rise. In such circumstances, our country Iran needs us to rise to our national duty more than ever before in order to rid our homeland of the hideous mullahs’ regime…. No to Rouhani, No to the representative of the religious fascism. Yes to a free Iran through the effort of Resistance Units and the National Liberation Army. Supporting the NCRI as the democratic alternative and Maryam Rajavi’s ten-point plan.”

The rally will be held on September 24, between 8:30 am and 11:30 am, at Dag Hammarskjold Plaza on the corner of 2nd Avenue and 47th Street, across from the UN.