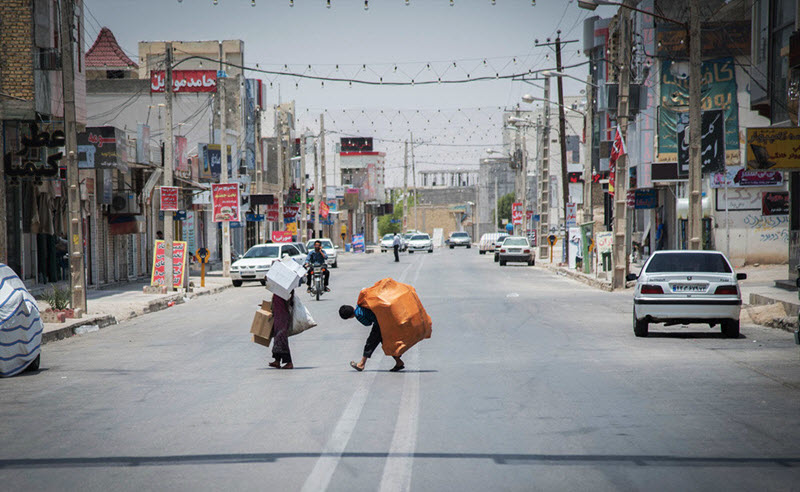 London, 28 Dec – Children’s rights continue to suffer in Iran. Forced by the country’s increasing poverty, they must abandon school and enter the labor market to help feed their families. The numbers of those deprived of their basic rights escalate, and the children are used as pawns for the political interests of Iran’s factions.

Unofficial statistics place the number of child laborers in Iran at around 7 million. They toil under dire working conditions in small workshops that have no surveillance, as they were exempted from Iran’s Labor Laws in the 90’s.

The numbers of these child laborers is unknown.

An Iranian children’s rights organization explains that one of the reasons for this social catastrophe is privatization and the monopoly of wealth and power in Iran. The Society to Aid Children At Risk issued a statement that was published by the state-run ILNA news agency. It read, “Privatization has always been accompanied by putting a price on once complimentary public services such as education and health.” According to the rights group, children are the most damaged by privatization because, “Not receiving a few months of wages is not just a simple payment delay, but the massacre of a family and the community.” The Society to Aid Children at Risk was referring to privatized companies like the Iran National Steel Group, in this statement, whose workers have months of unpaid wages.

The privatization policies of the Iranian government has led to recent labor protests in Iran. For instance, workers of the Haft Tappeh Sugarcane Factory in Shush and the Ahvaz National Steel Group went on strike to protest privatization policies which saw the ruin of both companies. The workers rallied for more than a month in the southern province of Khuzestan. Many were detained, and there were reports of prison torture. Many Ahvaz steelworkers are still in prison.

The government, who does not support the workers’ families, was also criticized by the rights group. The statement added that it was the government’s responsibility to put an end to the privatization of public and national capital so that more children were not deprived of their rights in Iran. “The lack of support for the families of workers, who suffer from difficult circumstances, low pay or are on the verge of unemployment, puts their children in harm’s way including deprivation, poverty, addiction, illness, malnutrition, prostitution, delinquency, forced labor, work on the streets or other dangerous places, and the early marriage of girls.”