Iranian Christians Will Not Have a Merry Christmas 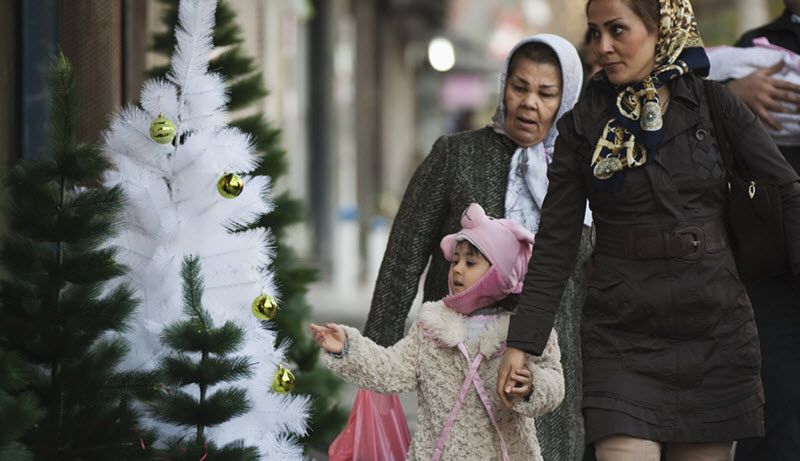 London, 27 Dec – The Shia denomination of Islam is Iran’s official religion. According to the 2018 United States International Religious Freedom (USCIRF) Report, freedom for other religions in that country, such as Judaism, Bahai, Zoroastrian or different Muslim branches is increasingly restricted.

Religious freedom has continued to deteriorate during the past year in Iran, with the government targeting Baha’is and Christian converts in particular.

Although several high-profile Baha’i prisoners were released after they completed their sentences, others were arbitrarily detained as persecution of the community continues.

Harsh sentence were handed down to Christian converts for their religious activities. Many were sentenced to at least 10 years in prison, and some face possible execution. The government’s ability to enforce official interpretations of religion online posed new threats to the freedom and safety of internet users.

A national debate about limiting the political rights of religious minorities followed the suspension of a Zoroastrian elected to the local council of Yazd. President Rouhani had promised to address some religious freedom violations, but these promises have yet to be implemented, and people continue to be imprisoned for their beliefs.

The U.S. Department of State has designated Iran as a “country of particular concern,” (CPC) under the International Religious Freedom Act (RFA), since 1999.
The USCIRF has once again recommended in 2018 that Iran be designated as a CPC.

Lela Gilbert elaborates on this report in the Jerusalem Post.
“Whatever faith one embraces in the Islamic Republic of Iran, if it is not Shi’ite Islam, it is incompatible with the mullahcracy that rules the country. That means there can be life-or-death risks for minority members who protest, defy the rules, speak too boldly, or otherwise offend the turbaned clerics who cling to power with their iron fists,” she writes, adding, “Meanwhile, the story about the ‘staggering’ number of Christian arrests tells us all we need to know about Iran’s intolerance for religious minorities.”

The UN has a Universal Human Rights Declaration, and recently

“…approved a Canada-sponsored resolution, supported by 40 human rights organizations, which rejected Iran’s continuing rights violations including discrimination against women and the ‘imposition of the death penalty against persons who at the time of their offense were under the age of 18.’ The resolution also forbade Iran’s abuses of minorities – including religious groups – and its widespread practice of arbitrary detention, demanding that it ‘release those who have been arbitrarily detained’.”

Iran called the resolution a “political charade”, and continued to ignore it. And the UN, with its Universal Declaration of Human Rights which, “sets out, for the first time, fundamental human rights to be universally protected,” ignored Iran and focused on the United States and Israel.

Meanwhile, the European allies of the US made plans to bypass US sanctions against Iran. Senior diplomats said that France and Germany have joined forces to rescue a European effort to create a payments channel to keep trade flowing with Iran, and salvage the 2015 Iran nuclear deal.

But, Iranian Christians will not have a merry Christmas, they will be suffering. What the Iranian people overwhelmingly want is regime change with the help of the MEK/PMOI and the National Council of Resistance of Iran (NCRI).