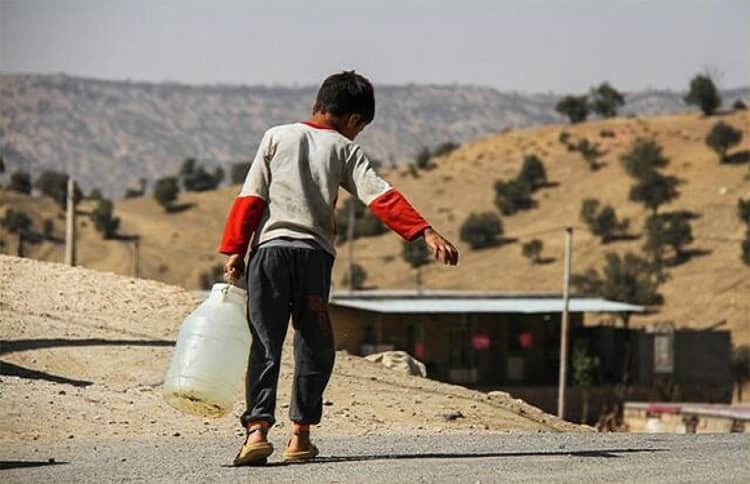 A drought in the Khuzestan region of Iran has become an acute problem with women and children suffering extensively because they are already suffering from multiple health problems that were exacerbated by the Covid-19 crisis.

Because of the regime’s utter failure to fix the problem, which has left at least 500 villages without a stable water supply or a potable water system despite the fact that the oil-rich province has five large rivers and seven water dams, residents have taken to the streets in protest.

Droughts have plagued the province over the past few years, sometimes affecting major cities like Ahvaz, Abadan, and Khorramshahr. The fragile nature of the water supply pipes causes frequent water cuts in Kut Abdullah, Khashayar, Siyahi, Ein Do, and Pardis.

Why are there water shortages here? Largely because the regime diverts the water to their factories and sells water to neighboring countries, like Iraq.

The residents routinely protest in front of the local water department and the council offices over waters shortages and poor quality; angry that they have to pay to buy and transport water from elsewhere.

They’ve tried to dig wells but they soon dry up.

Why are women and children suffering the most?

Women are often tasked with collecting the water from the few sources available, which may mean long hours in the hot sun and then carrying it all the way back home. Of course, that is if they manage to get water at all.

Many people have been unable to access water on a regular basis and seeing as water is essential to human health, especially during a pandemic where the best form of protection is social distancing and washing your hands. They cannot afford water for washing their clothes or showering because they can barely get enough to drink in the scorching heat. Worse still, the bad quality of the water actually weakens the immune system and makes people more susceptible to the coronavirus.

In May, Gheyzaniyeh became the focal point for the protests, when the security forces reacted with violence and shot the peaceful demonstrators, wounding a number of them, including a child.

The 26,000-population town, just 40 kilometers east of Ahvaz, produces over 500,000 barrels of oil per day, so why has Gheizaniyeh been suffering water shortages – some lasting months – since 2004

Many of them have lost their animal husbandry and agriculture jobs so they cannot afford to buy extra water from other provinces and must make do with only the rations provided in barrels.