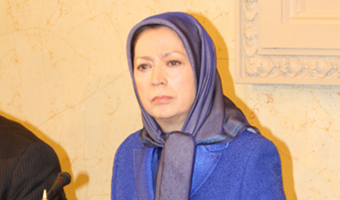 Maryam Rajavi has strongly condemned the massacre of innocent people in Paris, describing it as savage terrorism and a crime against humanity. She expressed her condolences to the President, government and people of France over this great tragedy and offered her most sincere sympathies to the families of the victims.

She added that tonight humanity’s conscience is in a state of shock and disbelief on how such crimes can be committed in the name of God and religion. The Iranian people, who for the past 37 years have been under the yoke of the mullahs’ religious dictatorship and the rule of terror by the ‘Godfather of Daesh’ (ISIS, ISIL, IS), have experienced such crimes and fully comprehend the French people and their feelings in these hard moments and share their agony.

Maryam Rajavi reiterated that fundamentalism in the name of Islam – whether under the banner of Shia and velayat-e faqih or under the banner of Sunni and Daesh – and their inhuman crimes have nothing to do with Islam, and this evil phenomenon, wherever it may be, is the enemy of peace and humanity.

Secretariat of the National Council of Resistance of Iran
November 13, 2015

Half of Irans nurses unemployed

US Senate to Vote on Iran Sanctions Bill