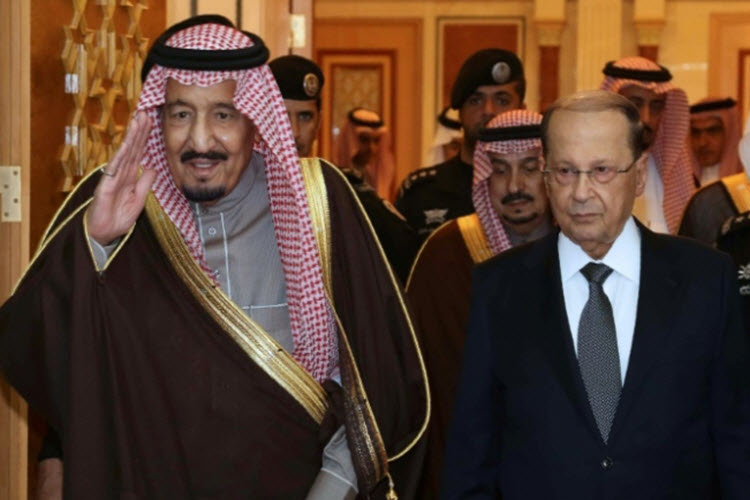 London, 12 Jan – After a tense year of relations between the two countries, the Lebanese President announced that he wished to seek better cooperation with Saudi Arabia.

President Michel Aoun, who is backed by the terrorist group Hezbollah, made this announcement on Saudi television on Tuesday.

He said the Leabanse ministers of foreign affairs, education, finance and information would meet their Saudi counterparts and find ways to cooperate.

Aoun had a lunch meeting with King Salman on Tuesday but Saudi sources have yet to comment.

This was his first trip to Saudi Arabia since his election in November ended a two-year deadlock between Iran and Saudi-backed political blocs in the Lebanese parliament.

Aoun, a former army chief, was elected with support from his Saudi ally Saad Hariri, a leading Sunni figure who was named prime minister.

Saudi Arabia hopes that Aoun’s election will lead to a more stable Lebanon, but they are concerned by Hezbollah’s role in the government.

Hezbollah, which receives support from Iran, has sent fighters to Syria to prop up the falling dictator, Bashar al-Assad. While Saudi Arabia backs some of the rebel groups who are opposed to Assad.

In addition, they halted a $3 billion programme of military aid to Lebanon to protest Hezbollah’s stranglehold on the country.

Aoun said: “[Lebanon’s partners] have agreed to build Lebanon, regardless of the results in the other countries, because building Lebanon is for all, and secondly, security and stability is for all.”

He also noted that he was confident that Lebanon’s internal divisions have healed and that “balance” could be maintained.

Aoun said: “The state must realise, and maintain, security and stability for individuals and groups even if there are different political visions regarding neighbouring and regional countries.”

The Times: An Iranian nuclear scientist who disappeared while...