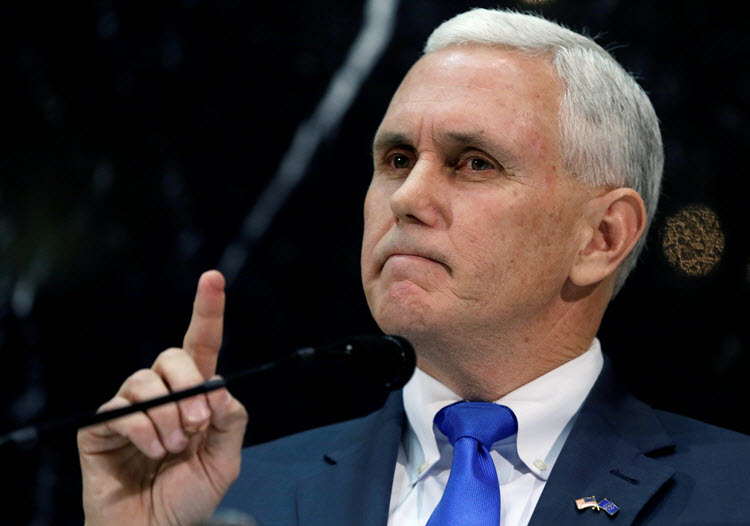 London, 20 Feb – Vice President Mike Pence said at the Munich Security Conference on Saturday February 18th that the United States will prevent Iran from obtaining a nuclear weapon that could be used against the US or Israel.

He said: “Under President [Donald] Trump, the US will remain fully committed to ensuring that Iran never obtains a nuclear weapon capable of threatening our country [or] our allies in the region, especially Israel.”

At meeting in Washington last week it was made clear that the threat of Iran is a high priority.

Benjamin Netanyahu Prime Minister of Israel said during his visit to the United States that the Iran nuclear deal does not alleviate Iran’s nuclear threat. President Trump’s administration has supported this statement.

Speaking about his meeting with Trump, Netanyahu said: “There is a joint strategic understanding and deep friendship. It was an excellent meeting. It will have a large impact on our security.”

He added that there will be follow-up meetings for the matters that were discussed, including issues regarding ISIS, Syria and the threat of terrorism.

On Friday, Trump said: “The United States also reaffirmed our unbreakable bond this week with our cherished ally, Israel. It was an honor to welcome my friend Prime Minister Benjamin Netanyahu to the White House. I affirmed to the prime minister America’s commitment to working with Israel and our allies and partners toward greater security and stability. The threat of terrorism – and believe me, it is a threat – must be confronted and defeated, and we will defeat it. We share with Israel a deep conviction that we must protect all innocent human life.”

As a result of his visit to Washington, the Israeli Prime Minister said that the alliance between the US and Israel is stronger. He said that the moderate Arab world is under threat from radical Sunnis led by ISIS and radical Shi’ites led by Iran.

Speaking about Iran, Netanyahu said that Iran has become even more of a threat since the nuclear deal was signed. “Now they are going to build ICBMs that can reach the US and have the multiple warheads to do that. That is horrible, it is dangerous for America, dangerous for Israel and dangerous for the Arabs. Everyone now understands it and there is an American president that understands, and we are talking about what to do about this common threat.”

Trump reiterated his thoughts on the nuclear deal on Wednesday, maintaining that it is still one of the “worst deals” he has ever seen and said he will do all that is in his power to prevent Iran from obtaining a nuclear weapon.

By Jubin Katiraie Following a call from the Workers' Union...

Security Council powers, plus Germany, to meet on Iran Monday