Crisis over Iran atom work may peak in 2011: expert

Reuters: The dispute over Iran’s nuclear programme risks turning into an all-out crisis next year unless Tehran shows seriousness in negotiations expected to resume next month with world powers, an expert on nuclear diplomacy said. 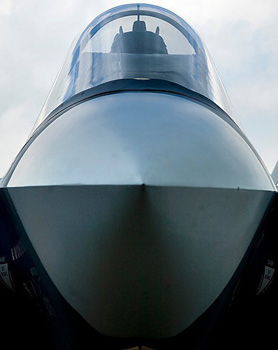 ISTANBUL (Reuters) – The dispute over Iran’s nuclear programme risks turning into an all-out crisis next year unless Tehran shows seriousness in negotiations expected to resume next month with world powers, an expert on nuclear diplomacy said.

Iran could face further U.N. sanctions and its mounting uranium stockpile could prompt a military strike by arch-foe Israel, Mark Fitzpatrick, an Iran watcher at the London-based International Institute for Strategic Studies, told Reuters in an interview in Istanbul.

“I think we could be in an out and out crisis in a year’s time,” Fitzpatrick said.

Though no firm dates have been given, Iran’s negotiators are expected to meet with representatives of the five members of the Security Council and Germany — the so-called P5+1 — in Vienna next month, Fitzpatrick said.

The former U.S. diplomat said he believed more foot-dragging by Iran on discussing curbs on its nuclear programme will lead to fresh moves to impose additional U.N. economic sanctions on the Islamic Republic.

Israel could launch a military strike even before Tehran makes a decisive step toward enriching uranium to weapons grade. Military action by Israel or the United States would raise the specter of wider conflict in the Middle East.

“My worry is that Iran won’t overtly cross the line, but that it will miscalculate how close it can get before it crosses an Israeli tripwire,” said Fitzpatrick.

Iran has diced with those risks for years, but the margins for error are becoming dangerously fine, he said.

Iran’s successful tests of the Sajjil, a solid-fueled ballistic missile with a range of more than 2,000 km, that can be fired from deep inside Iranian territory at targets in Israel, or potentially regional rival Saudi Arabia, have heightened a sense of growing unease.

Picking his words carefully to avoid assuming that Iran had already made up its mind to arm the Sajjil with a nuclear payload, Fitzpatrick said such missiles were regarded as only strategically important for delivering nuclear weapons.

“Iran’s the only country that has developed these kind of missiles with a range of 2,000 km or more that hasn’t developed nuclear weapons at the same time. So that’s another reason why there’s concern about Iran’s intention.”

Israel has not declared itself a nuclear weapons state but is assumed to be one.

Fitzpatrick reckons the Jewish state has around 200 nuclear weapons, and should eventually submit to limits in order to secure peace in the wider Middle East. But he said Israel’s arsenal shouldn’t be used to argue for Iran’s right to violate international accords by building nuclear weapons capability.

Iran has enough low enriched uranium (LEU) to make two nuclear weapons, if it decided to enrich to weapons grade, according to western nuclear analysts. By next year it could make as many as five.

Fitzpatrick expected Iran to want to try to make world powers revive an already rejected offer, brokered with Turkey and Brazil in May, to swap some 1,200 kg of its stockpile of LEU for fuel rods for use in Tehran’s Medical Research Reactor.

When it was first proposed a year ago that would have represented 75 percent of Iran’s stockpile, but now it amounts to about 40 percent devaluing the suggested swap as a confidence building measure.

By Pooya Stone Tens of millions of people in...