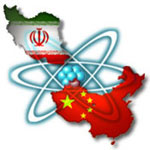 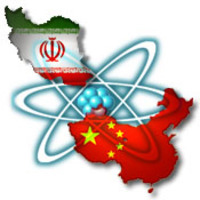 International Atomic Energy Agency (IAEA) concluded in a report this week that Iran appears to have worked on designing an atomic weapon.

“We hope the IAEA will be fair and objective, and actively committed to clarifying the salient issues through cooperation with Iran,” he said. “This is the pressing task at this stage.”

But Hong’s words fell short of an outright no.

Beijing has said sanctions are not a “fundamental” answer before, when it ultimately voted for U.N. Security Council resolutions imposing sanctions on Iran for its disputed nuclear activities.

Iran is China’s third-largest crude oil supplier, shipping 20.3 million tonnes in the first nine months of the year, up by almost a third on the same period last year, according to Chinese data.

China has repeatedly resisted Western proposals for sanctions that could seriously curtail its energy and economic ties with Iran. As one of the Security Council’s five permanent members, China holds the power to veto any resolutions.

China has also denounced the United States and European Union for imposing their own separate sanctions on Iran, and said they should not take steps reaching beyond the U.N. resolutions.

Spokesman Hong warned on Wednesday against turmoil in the Middle East from action over Iran’s nuclear programme.

The Sun: The captain of the Royal Navy warship that...