How to Bring Iran Regime to Its Knees 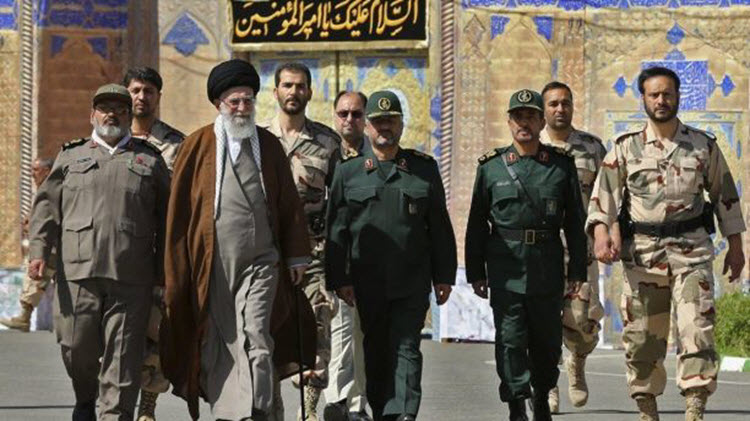 London, 2 Aug – The Iran Nuclear Deal recently passed its two-year mark and Donald Trump has once again signalled his displeasure at both the deal and the Iranian Regime’s belligerence, by imposing more sanctions on the murderous mullahs and their ballistic missiles programme.

Yet, the Trump administration yet again certified Iran as in compliance with the Nuclear Deal despite clear evidence to the contrary. Although, they did note that the US remains concerned about Iran and accused it of violating the spirit of the agreement.

Angelo M. Codevilla, a decorated Navy veteran and former member of the Select Committee on Intelligence of the United States Senate, wrote on Track Persia that Trump should back up the rhetoric with firm, decisive action and gave five actions that would help bring the Regime to its knees.

1. Admit there is no evidence that Iran is in compliance with the nuclear deal

US intelligence agencies have not been able to monitor all of the nuclear facilities in Iran, especially given the evidence provided by the Iranian Resistance that shows the Regime having access to secret, underground sites, including some in other countries. So, we are unable to verify how much weapons-grade uranium Iran has.

Given Iran’s close relationship with North Korea, it is entirely possible that their nuclear programme could be more advanced than we fear.

The Regime refers to us as the “big Satan” and believes in promoting “death to America” so we should take away their power to harm us and eventually bring freedom to the Iranian people.

Codevilla wrote: “Because the nuclear deal was never ratified by the U.S. Senate and is mere agreement rather than a treaty, it places our nation under precisely zero legal obligation to anyone. Nor does it restrict our freedom of action, to be pursued as circumstances permit.”

We should support the countries in the Middle East who are trying to do something about Iranian dominance, whether that’s supporting the blockade of Iran-supporter Qatar by Saudi Arabia, Egypt, the United Arab Emirates and Bahrain or declaring support for Israel before Iran-backed terror groups strike again.

Russia has close ties with Iran, but Iran generally tends to appease Russia, so if the US got tough on Russia, they would be tougher on Iran.

Codevilla wrote: “Russia’s concrete, limited ambitions do not include suffering on Iran’s behalf.”

Most sanctions relief went to fund the Iranian military rather than help the Iranian people and as such the people are ready for regime change.

Codevilla wrote: “All we need is sufficient courage to impose broad sanctions on a secondary basis. That is: no U.S. entity will be allowed to deal with any entity anywhere that deals with the sanctioned part of Iran’s economy – banking and money transfer, energy, food and all manner of parts for industrial equipment.”