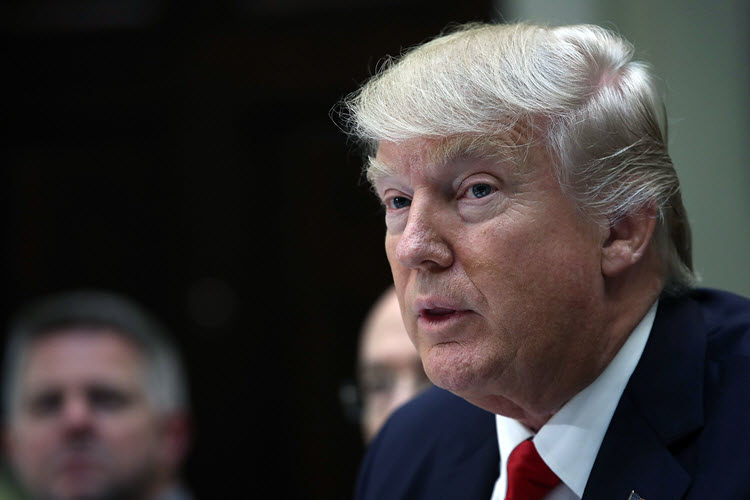 London, 12 Sep – Donald Trump is currently considering a more aggressive US policy towards Iran and its proxies groups across the Middle East, according to six current and former US officials.

The sources, who spoke on condition of anonymity, said that this proposal could be made public by the end of September.

In contrast to previous presidents, it is believed that Trump will not be issuing detailed instructions to US troops in the Middle East, but rather broad goals that will be implemented by those on the ground.

One official said: “Whatever we end up with, we want to implement with allies to the greatest extent possible.”

The White House has declined to comment on the story at the moment.

This new plan would reportedly increase the pressure on the Iranian Regime to halt its ballistic missile programs, support for terrorist groups (including arms shipments), nuclear proliferation, cyber espionage and other illicit activity.

Another official said: “I would call it a broad strategy for the range of Iranian malign activities: financial materials, support for terror, destabilisation in the region, especially Syria and Iraq and Yemen.”

The US navy would also be permitted to act more forcefully when they are harassed by the Iran’s paramilitary force, the Revolutionary Guard Corps (IRGC) in the Persian Gulf and surrounding waters. Currently, they are only allowed to open fire if they believe that their vessels or their crews are in danger.

The White House is still deciding what their official stance is on the 2015 nuclear agreement, or Joint Comprehensive Plan of Action (JCPOA), which was designed to curb Iran’s nuclear weapons program.

Trump opposed the deal on the campaign trail and threatened to disband it, but many of his national security aides would prefer that the pact stands.

One official said: “The main issue for us was to get the president not to discard the JCPOA. But he had very strong feelings, backed by (U.S. Ambassador to the United Nations) Nikki Haley, that they should be more aggressive with Iran. Almost all the strategies presented to him were ones that tried to preserve the JCPOA but lean forward on these other (issues).”

Many US troops in the Middle East are currently dispelling the last of the Islamic State militias and it is believed that after that, their attention will be turned to Iranian militias.