America Is Getting Tough on Iran Despite Sanctions Relief 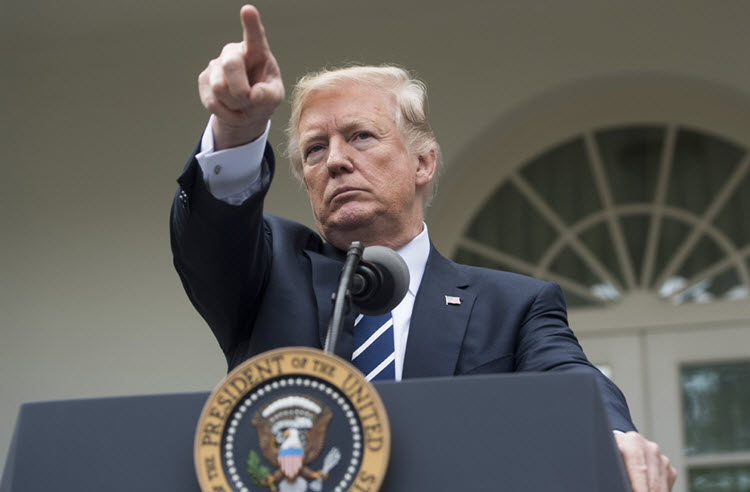 London, 15 Jan – Donald Trump gave the Iranian Regime a final chance to mend its ways when he waived nuclear sanctions for 120 days, this past weekend.

If the2 deal’s flaws are not fixed within that time period, then Trump will withdraw the US from the deal.

So what flaws does Trump want to be tackled?

The Iranian Regime is not in favour of any changes- as the current deal benefits them greatly without sacrificing much- and so Foreign Minister Javad Zarif has been meeting with other signatories to the deal in an attempt to save it.

Next week, European foreign ministers will meet in Brussels to discuss Trump’s ultimatum. Although they have voiced concern about Iran’s non-nuclear activities (i.e. human rights, relationship with North Korea), they seem to be working towards keeping the nuclear deal as is in order to keep the trade deals that they have already signed.

However, regional players like the Gulf Cooperation Council, support the US position. They are concerned about Iran’s nuclear programme but also its aggressive expansionism in the region and agree that Trump is now doing, what they have been doing to years: tying Iran’s Iran’s ballistic missile programme, support for terrorism and nuclear programme together.

Arab News columnist Abdel Aziz Aluwaisheg wrote: “While there is no consensus now on the nuclear deal, all actors — including Europeans — agree that Iran has to be held accountable on non-nuclear issues, including its ballistic missile program, its support for terrorism and its destabilizing activities in the region. The recent protests in Iran have prompted additional concerns about human rights and the regime’s stability and long-term survival.”

It should be noted that while Trump waived the wide-ranging nuclear sanctions, the US also implemented targeted sanctions against 14 Iranian individuals and organizations, including the head of the judiciary, Ayatollah Sadeq Larijani.

The US Department of Justice also created the Hezbollah Financing and Narcoterrorism Team, so that federal prosecutors could investigate drug trafficking and money laundering carried out by the Iranian proxy terrorist group.

Aluwaisheg wrote: “Washington’s push to counter Iran’s malign activities appears to be the most serious to date — and the most comprehensive, as it covers the nuclear program, ballistic missiles program, support for terrorism, narcoterrorism and money laundering. America’s allies are gradually joining the fight on one or more of these fronts.”

The ‘Experts’ Are Wrong on Iran’s Nuclear Deal