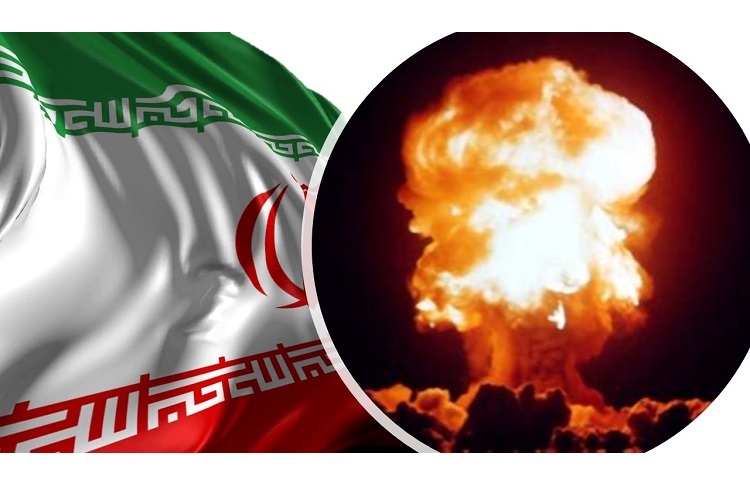 On November 5th, the Iranian regime’s President Hassan Rouhani announced that his government planned to resume uranium enrichment at the controversial Fordo facility, a reduction of Iran’s obligations committed under the 2015 nuclear deal known as the Joint Comprehensive Plan of Action (JCPOA).

Fordo facility is buried under the mountains in the north of Qom Province and is severely protected by anti-aircraft batteries. The covert facility was first disclosed by the Iranian Resistance on December 5, 2005. Four years later, Iranian authorities acknowledged the existence of Fordo.
In 2015, under the terms of the JCPOA, the regime agreed to shut down the facility, which was estimated to operate 3,000 centrifuges simultaneously. The regime’s fourth step is the resumption of Fordo with injecting uranium gas into about 1,000 centrifuges.
This step marks the most concrete move of the Iranian officials to date to breach the JCPOA. Since inking “Iran deal” in 2015, the Iranian counterpart violated time and again the agreement. In 2018, the U.S. President Donald Trump pulled the United States out of the JCPOA in response to the Iranian regime’s violations.
Contrary to the United States, other signatories of the deal including France, Great Britain, Russia, China, and Germany remained in the JCPOA. They believed—or at least would like to believe—that they are able to convince Iran to not follow nuclear bomb-making projects by giving generous concessions. In this regard, these nations went to great lengths to dilute the impact of the reimposed U.S. sanctions so they could normalize their relations with Tehran.
The cost of the negligence of JCPOA’s signatories
The parties remaining in the JCPOA also turned a blind eye to the regime’s warmongering and sponsoring terrorism in the region, which left at least 500,000 casualties in Syria alone. In addition to allowing the regime to commit crimes in Syria, their negligence paved the way for the mullahs to draw other countries like Iraq and Yemen into bloodshed and take Lebanon’s destiny hostage.
Even worse, the major powers deliberately neglected the Iranian people’s desire for freedom, justice, and equality. In 2009, when millions of people in Tehran alone flooded into the streets to demonstrate their disapproval of the regime in its entirety, the world’s eager leaders turned their face away to sign an agreement at all costs. They closed their eyes while many Iranian youths were killed and “died with open eyes,” as the late U.S. Senator John McCain stated.
However, today it seems that the Iranian regime’s recent decision informed the European leaders that they had miscalculated miserably when it comes to Iran. However, Rouhani tried to exude power by announcing the fourth step, but he simultaneously gambled on the regime’s European allies and even Russia as a traditional ally of the Iranian regime. “Moscow is also monitoring the development of the situation [about Iran’s nuclear program] with concern,” Dmitry Peskov, a spokesman for Russian President Vladimir Putin, said.
In conclusion, as Rouhani admitted, “We are inevitably taking the fourth step tomorrow.” Iranian officials have no other solution to socio-economic and political crises. Meanwhile, they inevitably adopt several decisions that isolate them more. The world is gradually becoming aware that time is ticking for the world’s worst state-sponsor of terrorism and the archenemy of the Iranian people.

AFP: A 5.5-magnitude earthquake struck the area of the...