The message we need to send Iran

Fox News: Several years ago, a political leader from the war torn country of Lebanon observed that in his part of the world it is better to be respected than liked. When it comes to Iran, the U.S. is neither. 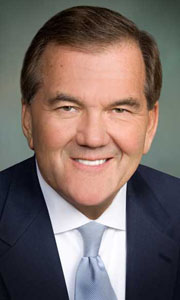 Several years ago, a political leader from the war torn country of Lebanon observed that in his part of the world it is better to be respected than liked.

When it comes to Iran, the U.S. is neither.

On the contrary, Iran’s leadership is hateful and disdainful of Western values and the United States. President Obama, time is running out. It is time to act unilaterally and decisively, and publicly support the democratic opposition in Iran.

– An Iranian court sentenced a former U.S. soldier, Amir Mizaei Hekmati, to death on specious charges of spying for the CIA

– Mobs chanting “Death to America” accompanied the funeral procession of an Iranian nuclear scientist killed by a bomb as he was en route to his nefarious work.

Clearly, diplomatic engagement has failed to halt Tehran’s nuclear drive. Sanctions have been insufficient. I

In this era of the Arab Spring it is time to support regime change in Iran, from within.

The Obama administration should support the democratic aspirations of the people of Iran and their most effective opposition movement, the Mujahedin-e-Khalq (MEK).

Regrettably, and without justification, the State Department continues to maintain that MEK, a declared democratic ally, on its list of “Foreign Terrorist Organizations” (FTO) even though it meets none of the criteria.

The Clinton administration initially added MEK to the State Department’s blacklist in 1997 as part of a political ploy to appease Iran—this came at a time when the country was mistakenly thought to be moving towards moderation.

The mullahs, who hate and fear MEK as an existential threat, demanded that the group be listed as a precondition for potential negotiations with the U.S. Those negotiations never materialized and today the mullahs’ regime in Tehran is the world’s leading state-sponsor of terrorism, responsible for countless American deaths.

The unjust designation was maintained by subsequent administrations in an effort to persuade Iran to abandon their nuclear program.

Sadly, we now see the results of that failed policy: Iran is no closer to moderation, having recently plotted to assassinate, in full view of the world, the Saudi ambassador on U.S. soil; The IAEA warns that Iran’s nuclear ambitions are actually closer to fulfillment, and the failure to de-list MEK, absent any legal or factual basis, continues to stymie prospects for democratic change in Iran.

This folly has given Iran and its proxies a license to kill thousands of MEK members, including a massacre on April 8 of last year that killed or wounded hundreds of unarmed members of the MEK living in Camp Ashraf, Iraq—each and every one of whom was given written guarantees of protection by the U.S. government.

Now that U.S. troops have left Iraq, Iran is determined to extend its influence in the region and has justified its brutality by categorizing them as “terrorists.”

Whatever way Tehran’s propagandists characterize MEK’s political prospects, culture, or history, it is clear to me that the defenseless Iranian dissidents at Camp Ashraf are committed to non-violent regime change and a democratic, nuclear-free Iranian future.

MEK has provided the West with valuable intelligence on the location of key Iranian nuclear sites and the organization poses no security threat whatsoever to the United States. Their charismatic leader, Madam Maryam Rajavi, whom I know and admire, embraces human rights for all, the same principles every American cherishes.

Courts throughout the United Kingdom, the European Union and the United States have concluded that there is no legal justification maintain MEK on the foreign terrorist list.

Every one of the residents of Camp Ashraf was interviewed by the FBI and by U.S. military services and there has never been a scintilla of evidence anyone in that camp was motivated by, interested in, or capable of conducting acts of terrorism against this country. Remember, they surrendered all means of self-defense in exchange for America’s promise to provide their safety and security.

Some100 members of Congress, in a bipartisan initiative, have called for MEK to be de-listed. The unfounded MEK designation only serves as a license to kill for both the Iraqi forces and the kangaroo courts in Iran, who regularly arrest, torture, and kill people on the basis of MEK affiliation.

It shames the State Department designation process that has wrongly maintained the blacklist for misguided political reasons. Consider this: the MEK is on the list — the Taliban is not.

Nearly two years after a U.S. Court of Appeals found that the State Department violated MEK’s due process rights, and ordered a re-evaluation, Secretary of State Clinton is still “reviewing” the designation.

As an emboldened Iran moves ever-closer to nuclear breakout, MEK’s unfounded designation is a lynchpin in the critical test of wills between Iran and the West — a test the Obama administration can ill afford to fail.

The designation has been and continues to be the single greatest obstacle to the United Nations efforts to resettle the residents in other countries. No country is anxious to welcome any member of a group the United States has designated as a terrorist organization.

Unshackling the MEK from an unjust blacklist and living up to U.S. guarantees to protect the Iranian opposition at Camp Ashraf will send the mullahs’ terrorist regime in Tehran exactly the message it needs to hear: The mullahs do not run foreign policy in the United States and America keeps its promises.

Tom Ridge was the first Secretary of Homeland Security for the United States of America. He is the former Republican governor of Pennsylvania.

AFP: Iran's ruling conservatives have increased the pressure on...