Canada Free Press: The Iranian regime is very upset that the United States has decided to refuse to issue a visa for its newly appointed permanent representative to the United Nations, Hamid Aboutalebi.

By Joseph A. Klein 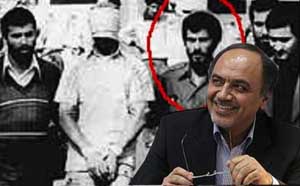 The Iranian regime is very upset that the United States has decided to refuse to issue a visa for its newly appointed permanent representative to the United Nations, Hamid Aboutalebi. The same country that violated its own treaty obligations as a host country to the U.S. embassy and its diplomats in 1979, by virtue of the embassy seizure and hostage taking it still celebrates to this day, claims that the United States, as the host country for the UN headquarters, is violating the terms of its agreement with the United Nations.

Iran’s accusation stems from the decision of the Obama administration, acting under legislation signed by President Obama, to refuse to issue a visa for Aboutalebi to enter the country because of his involvement in the illegal seizure of the U.S. embassy in Teheran and the holding of diplomats as hostages. Aboutalebi does not deny having had some involvement, but claims that his role was a minor one.

Iran has formally complained to the United Nations, taking its case to the committee of the UN General Assembly that deals with host country issues. The committee took no action after its initial meeting. Secretary General Ban Ki-moon has also not taken a public position on Iran’s complaint.

Iran went on to say that “Depriving Member States of their inherent right to designate their representatives to the United Nations based on their own internal procedures would adversely affect the functioning of the Permanent Missions. Furthermore, it undermines the work of the United Nations system and impairs the very foundations of multilateral diplomacy.”

The World Socialist website stuck up for Iran and accused the United States of “a flagrant violation of Iran’s national rights.”  Iran is also receiving support for its position from such regular flouters of international law as Belarus, Cuba and North Korea.

The Iranian parliament directed Iranian President Rouhani’s government to file a lawsuit against the U.S. at competent international bodies over its refusal to issue an entry visa for Aboutalebi. If they do, Iran faces both a procedural hurdle and, more importantly, a major substantive problem.

The procedural hurdle is that the 1947 Headquarters Agreement is a bilateral agreement between the host country, the United States, and the United Nations.  Only the UN can seek to enforce the terms of the agreement against the United States.  Section 21 states: “Any dispute between the United Nations and the United States concerning the interpretation or application of this agreement or of any supplemental agreement, which is not settled by negotiation or other agreed mode of settlement, shall be referred for final decision to a tribunal of three arbitrators, one to be named by the Secretary General, one to be named by the Secretary of State of the United States, and the third to be chosen by the two, or, if they should fail to agree upon a third, then by the President of the International Court of Justice.”

Furthermore, either the Secretary General or the United States may ask the General Assembly to request the International Court of Justice to issue an advisory opinion on any legal question arising in the course of such arbitration proceedings, which the arbitrators would be expected to take into account in rendering their final decision.  Iran can work through the General Assembly and Secretary General Ban Ki-moon to urge the UN to prosecute its case against the United States, but Iran has no legal standing to sue the United States on its own in any court for an alleged breach of the Headquarters Agreement because it is not a party to that agreement and there is no provision for enforcement by any individual member states.

Specifically, the Iranian regime has made no effort to remedy its grave violation of international law, as adjudicated by the International Court of Justice, in allowing, and then actively supporting, the invasion of the U.S. diplomatic mission in Tehran and the holding of U.S. diplomats as hostages for more than a year. Hamid Aboutalebi does not deny that he had some involvement in this saga, for which there has been no accountability. Requiring the United States to grant Aboutalebi a visa for long-term residence in the United States would be tantamount to enlisting the U.S. in granting impunity to someone complicit in Iran’s egregious breach of its own treaty obligations as a host country.

In its 1980 opinion, the International Court of Justice held Iran to be in breach of its treaty commitments under various international conventions in force to which Iran and the United States were parties, as well as under long-established rules of general international law:

“The Iranian authorities’ decision to continue the subjection of the Embassy to occupation, and of its staff to detention as hostages, gave rise to repeated and multiple breaches of Iran’s treaty obligations, additional to those already committed at the time of the seizure of the Embassy… The Court finds that Iran, by committing successive and continuing breaches of the obligations laid upon it by the Vienna Conventions of 1961 and 1963, the 1955 Treaty, and the applicable rules of general international law, has incurred responsibility towards the United States. As a consequence, there is an obligation on the part of the Iranian State to make reparation for the injury caused to the United States… the Court draws the attention of the entire international community to the irreparable harm that may be caused by events of the kind before the Court. Such events cannot fail to undermine a carefully constructed edifice of law the maintenance of which is vital for the security and well-being of the international community.”

Iran ignored the ruling of the International Court of Justice, even though it had clear-cut jurisdiction to decide the case. Iran has not only failed to make reparation for the injury it caused to the United States and its diplomats.  It continues to this day to celebrate the illegal seizure of the embassy and the hostages.  November 4 – the date of the takeover of the U.S. embassy in Iran by government supported thugs – is celebrated each year as “the National Day of Confrontation with Arrogance.” Last November, tens of thousands of demonstrators celebrated by chanting “Death to America!” outside the former U.S. embassy in Tehran.

If Iran tries to bring the Aboutalebi visa matter to court, let’s take advantage of the opportunity to require Iran to make full recompense and a public admission of wrong-doing for the 444 days that Iran held American diplomats in brutal captivity.

Reuters: Friday's presidential election in Iran is unlikely to...