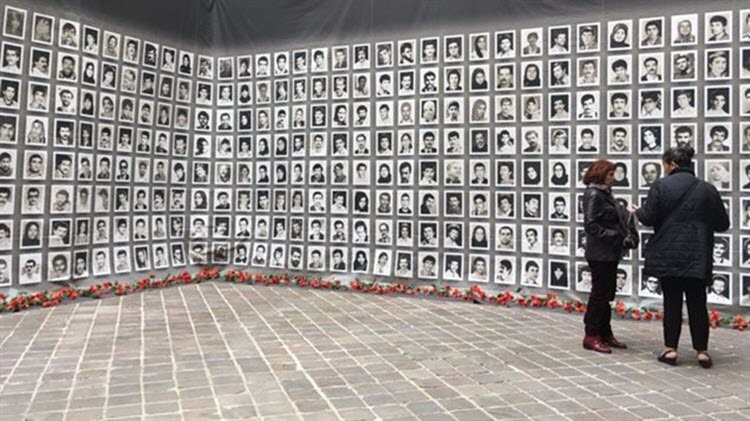 London, 9 Jun – The 1988 Iranian massacre was a strategic attempt by the Iranian Regime to wipe out political opposition by executing those who spoke out against them, mainly members of the People’s Mojahedin Organization of Iran (PMOI/MEK).

The Iranian Regime executed 30,000 political prisoners, including teenagers and pregnant women, over a matter of months and their death warrants were signed by high-ranking members of the current Regime.

Tony Duheaume, an expert on the Iranian Regime, wrote a piece for Al-Arabiya regarding the massacre in which he called for those responsible to be brought to justice.

He wrote: “Since the early days of the Islamic Revolution, Iran’s prisons and legal systems have been frequently used by the regime as a method to eradicate all its outspoken political opponents, as well as to instil terror into the population.”

The majority of prisoners, who had already been held in prison for months and repeatedly tortured, were former allies of the Supreme Leader Khomeini during the revolution, who turned against him once he showed his true colours and began to run the country as a violent dictator. Other prisoners were judged to be a threat to the Regime because of their popularity with the Iranian people.

The main victims of the massacre were the MEK, but left-wing citizens and members of the Communist Party were also targeted by the Regime.

Most prisoners were incarcerated simply for organising or attending peaceful protests against the ruling mullahs, or condemning the Regime. They were convicted, without access to a lawyer, on charges as vague as “sowing corruption on earth” or “crimes against the Revolution”.
Duheaume wrote: “Whatever the outcome of any interrogation, their fate had been sealed anyway.”

By the time of the massacre, most people had finished their original sentences but were not released. Then, Khomeini issued a fatwa against them.
Duheaume wrote: “With these dissidents being an easy target, the Iranian authorities were given the opportunity to exact revenge on this so-called “infidel mujahedin” that had betrayed them, and to eradicate this powerful opposition, the mullah leadership set up a process of “production line” mass slaughter within its prison system.”

In July 1988, the Regime began a massive crackdown on the prisoners. They cancelled family visits, confiscated televisions, radios and newspapers, closed the hospital wings and confined all prisoners to their cells. The only visitors to the prisons were the Death Committees.

Duheaume wrote: “This whole policy of disruption throughout the prison system was devised to cause confusion and uncertainty among the prison population, as once the prisoners had been thrown into disorientation by the alterations in their daily routine, they would become susceptible to their captors demands, and it was in this state of bewilderment, they were taken individually from their cells to be interviewed by the Death Committee.”

The prisoners were blindfolded and subjected to a short interrogation about their political beliefs before being sentenced to death.
Duheaume wrote: “Whatever way you look at it, the Iranian instigators of these crimes against humanity, effectively got away scot free, when under international law, they should have stood trial at The Hague.”

UPI: Iran is scheduled to become the most prolific...