EU Officials to Attend Inauguration of Iranian President Amid Controversy 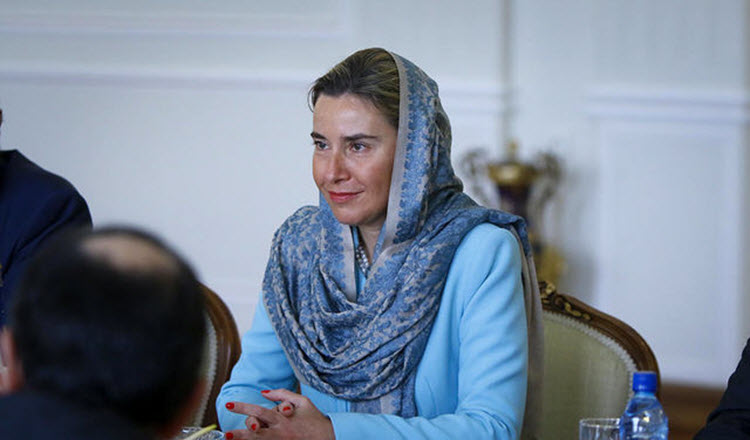 Federica Mogherini, the current High Representative of the European Union for Foreign Affairs and Security Policy, will visit Iran along with several other European officials. They will be there for the inauguration of Hassan Rouhani who will be starting his second term as President of the Islamic Republic.

Iran is ruled by religious fascism and is the capital of executions. Only last month alone there were over one hundred executions of prisoners. The main Iranian opposition, the National Council of Resistance of Iran (NCRI) described the visit “an insult to the universal human rights values of which the EU considers itself as protector and defender”.

It is surely clear that any time spent on the mullahs’ regime will be time wasted because it is close to falling. There is no doubt that the regime is coming to the end of its time, as highlighted by many politicians from across the globe at the annual “Free Iran” rally in Paris on 1st July. The speakers all highlighted that freedom and democracy will soon become values that Iranians will have access to with the inevitable fall of the Iranian regime.

President Hassan Rouhani’s first term was full of corruption, mistrust, deception and cruelty. During this time, there were more than three thousand executions of prisoners in the country, and he even publicly defended them saying that he was carrying out the “law of God”.

He has been described by many as “moderate” but this description could not be further from the truth. Rouhani said almost 40 years ago, in public and during Friday prayers, that all opponents of the Iranian regime should be executed. He never was a moderate and he never will be. The fact that European officials will be coming to his inauguration is very surprising to say the least.

The people of Iran are taking to the streets more often and are becoming louder and louder in their opposition to the regime. During the recent sham elections, they declared “No to the executioner, no to the imposter; my vote is regime change”.

The NCRI points out that the visit to Iran by these EU officials will be seen as a “rescue rope” being thrown towards the regime. The Iranian people are calling out for the overthrow of the regime. They are long overdue human rights and freedom and the EU should be supporting them, not the criminal regime.