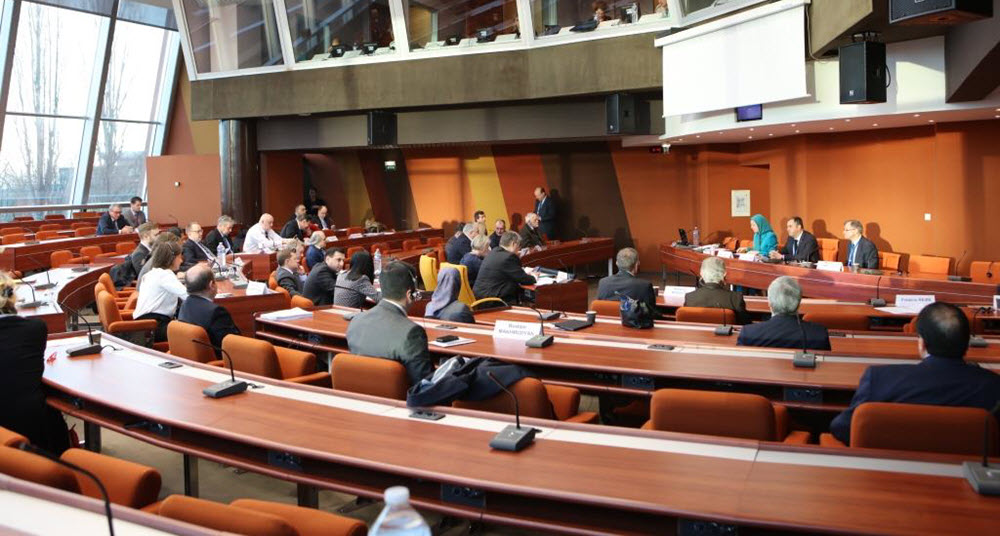 On Wednesday 24th January, President-elect of the National Council of Resistance of Iran (NCRI), Mrs. Maryam Rajavi, spoke at the Parliamentary Assembly of the European Council in Strasbourg where she addressed the European People’s Party (EPP), the Alliance of Liberals and Democrats for Europe (ALDE), and the Unified European Left (UEL).

Maryam Rajavi spoke about the major issues that have arisen as a result of the recent major protests in the country and called for the immediate release of the protesters that have been sent to jail. Mrs. Rajavi also urged Europe to oblige the Iranian government to ensure that the people have their right to freedom of expression and association and called on the rule of the compulsory veil to be lifted.

Maryam Rajavi’s attendance came after she was official invited by PACE political groups and after the meetings, she summarised her talks to the public and participated in a press conference. Mrs. Rajavi urged the Council of Europe and its member states to put comprehensive measures in place to ensure that the protesters that were arrested and thrown into jail during the recent uprisings were released.

Mrs. Rajavi also spoke about the lack of freedom in Iran and said that almost four decades of “bloodshed and crimes, discriminations against and subjugation of women, repression and censorship is enough”. She said that the international community must act immediately and end its silence. 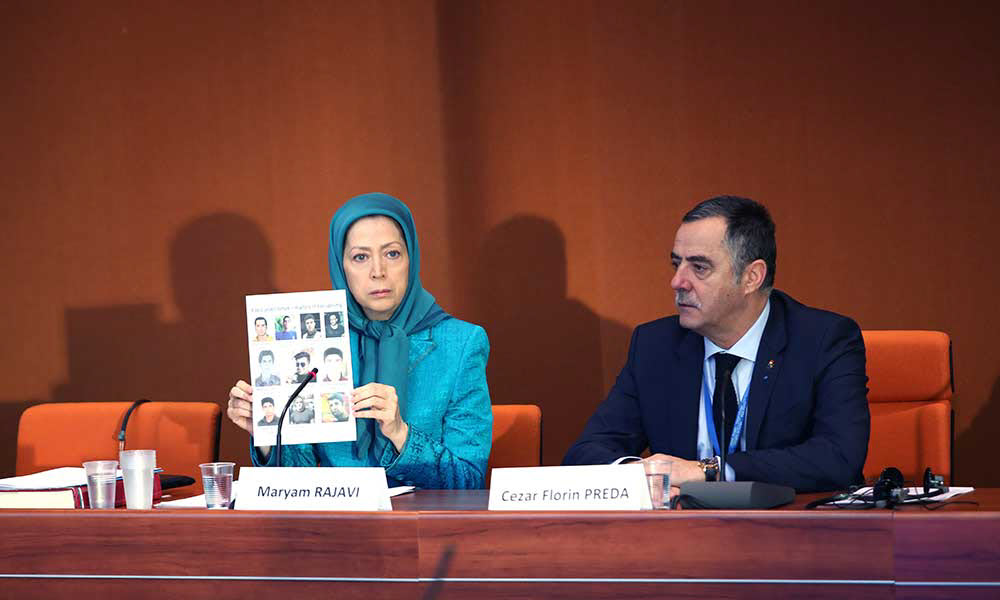 During the recent protests and anti-government demonstrations that started at the end of December, there were dozens of people that were shot dead by IRGC and security agents and there have been more than 8,000 people arrested. There have also been some alarming stories about young men who have died in suspicious circumstances in custody. The authorities have said that the deaths were suicide, but there are many holes in their accounts that do not ring true, Mrs Maryam Rajavi explained.

There are also reports of a large number of young people that have gone missing and the families have no information about their whereabouts.

The NCRI pointed out that shooting unarmed protesters, arresting thousands of people, and using torture to suppress people are very clear violations of human rights and are all crimes against humanity.

Europe values human rights for its citizens and crimes against humanity would never be allowed to happen. However, regarding Iran, Europe has remained silence and has failed to act in the face of these crimes. Mrs. Rajavi said: “Unfortunately, Europe has chosen silence and inaction about all of these crimes, something that contradicts many of Europe’s fundamental and joint commitments including the European Convention on Human Rights.”

By failing to act and by remaining silent, Europe is effectively choosing the side of the mullahs and is turning its back on the innocent and desperate people of Iran. It is time that Europe spoke out against the regime that is ruining the lives of its people. Europe needs to condemn the regime for its horrific actions and crimes. It must understand that the international community, especially Europe, will not put up with the killing of peaceful protesters, Mrs Maryam Rajavi concluded.