Iran Reign of Terror Is Nearly at an End 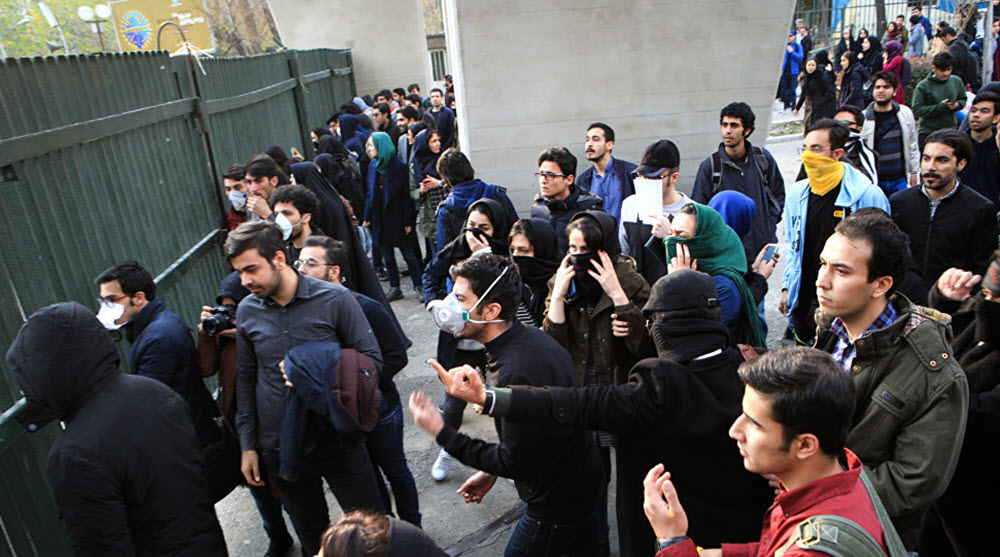 London, 24 Jan – The widespread anti-regime protests in Iran are going further than ever before, both in terms of geography and the forcefulness of their message.

The people can be heard chanting “Death to [Supreme Leader Ali] Khamenei!”, “Death to [President Hassan] Rouhani!”, and “We will die to get our Iran back!” all across Iran from the biggest cities to the most rural village, but importantly this is a revolt by the common people.

It shows that all Iranian people despise the Regime, so Iran’s leaders can no longer write it off as a rebellion by elites influenced by the West, as they did with the 2009 Green Revolution, although they are certainly still trying.

When the Regime took power in 1979, they attempted to ‘cleanse’ their society of all elements that might oppose their dictatorship (including moderates who initially supported the Islamic Revolution but wanted more democracy) but this has rightly failed.

They promised sweeping reforms for the marginalised but these never emerged. High-level corruption, support for terrorism, the pursuit of nuclear weapons, regional expansionism, is all the Regime has ever provided.

Ray Takeyh, the Hasib J. Sabbagh Senior Fellow at the Council on Foreign Relations, wrote on National Review: “Hassan Rouhani was the regime’s last hope, a centrist with a long history of service in Iran’s national-security establishment.”

Rouhani, often wrongly labelled a moderate in the West, was supposed to attract foreign investment to rejuvenate Iran’s economy by negotiating an agreement with world powers to remove sanctions.

He achieved the incredibly one-sided nuclear deal in 2015 and that could have solved the problems of Iran’s economy, if not for the Regime’s inherent corruption and their decision to fund terrorist activity and regional warfare rather than healthcare and education. The majority of the Iranian people- especially the working classes failed to see any improvements.

Takeyh wrote: “The problems that have traditionally plagued Iran only worsened under Rouhani. Corruption became endemic — graft and cronyism were now a way of life. Class cleavages deepened further; Tehran brimmed with Mercedes dealerships while the government tried to reduce subsidies for basic foodstuffs. And even more galling, the Islamic Republic’s elite behaved as ostentatiously as the thousand families who had reigned during the last years of the Shah’s monarchy.”

Iran funnelled its money into proxy wars and terrorist cells, rather than helping its own people and now the Regime will pay the price, as its people rebel and the West gives their support.

China will agree to new UN sanctions against Iran: Biden