Iran Protests Continue Across the Country 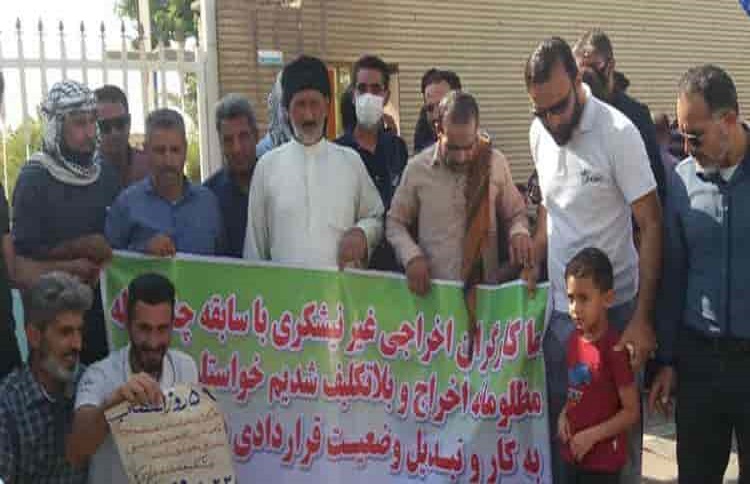 Protests continued across Iran on Wednesday, August 12, with people from all different sectors of society and completely different complaints taking to the streets and demanding change.

In Mashhad, cystic fibrosis (CF) patients held a rally in front on Akbar Hospital to protest the high cost of medicine, noting that most CF patients cannot afford the required medicine at any time, least of all during a pandemic that has damaged both the economy and the healthcare systems. Even those who can afford the skyrocketing price may not be able to actually get the medicine because of shortages.

The protesters want the Ministry of Health to decrease the costs and increase availability. Given that the mullahs have sent 95 tons of medicine to the terrorist group Hezbollah in the past week instead of helping Iranian people.

On the same day, retired workers from the Mian Ab Agro-Industrial sector in Khuzestan province protested in front of the Shush Labor and Cooperative Office over delayed wages, pensions, and the special bonus they were promised for years of dedication.

On Tuesday, private bus drivers in Tehran gathered in the northeast of the Iranian capital to protest a four-month delay in their paychecks, which came just one day after bus drivers in Urmia went on strike to protest their low wages that were causing problems with their lives, like not being able to feed their families.

Also on Tuesday, striking and protesting Heavy Equipment Production Company (HEPCO) workers were threatened with arrest and told they were not allowed to leave the HEPCO building in Arak, central Iran, to hold a protest demonstration.

They are protesting over low wages, late payments, and poor working conditions among other things, with these issues being the subject of many strikes at the company over the past few years.

The Markazi province governor promised to pay the workers this week, the protesters said, but he has made many hollow promises in the past

The company was the first and largest construction manufacturer in the Middle East, but plundering and mismanagement by the regime, including decades of being run by corrupt officials, has left HEPCO as a shell of its former self, which the Iranian Resistance describes as “a bankrupt industrial complex that has become the point of contention between workers and the government”.

Vladimir Putin set to bait US with nuclear aid for Tehran

Sunday Times: Russia is considering increasing its assistance to...