How the Fall of Iran’s Currency Affects Ordinary People? 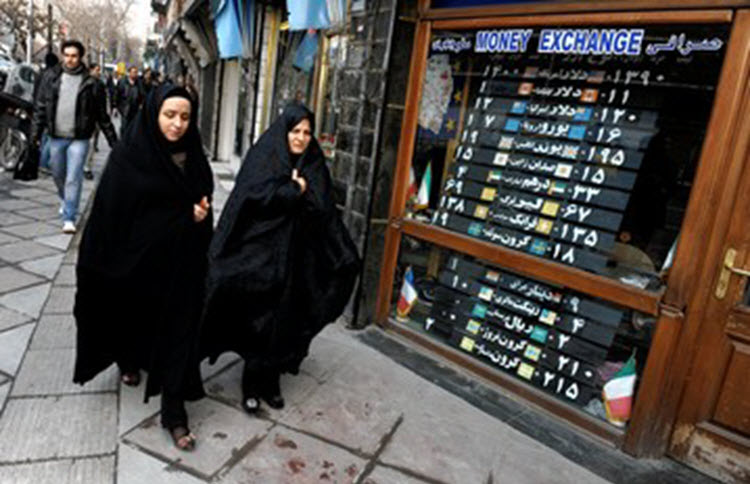 London, 18 Sep – As the Iranian rial continues its decline, the US dollar reached an historic record high on Tuesday, September 4th, with an exchange rate of 150,000 rials to the dollar.

Long lines snake down the streets outside currency exchange offices in Tehran as panicked citizens try to exchange their rials for something, anything, else.

When SAIPA, the infamous vehicle made by an Iranian car manufacturer, launched an online pre-sale of 50,000 of its Pride models, six million people rushed to the website, buying out all 50,000 in less than a minute.

While the government attempts to use force to control the market, the Iranian people know that control has been lost. Public confidence in the political establishment is at an all-time low. A reporter named Majid said, “People are worried, angry, and tired. Nothing seems to work.”

Reza, a shopkeeper who works in Tehran’s Istanbul Square neighborhood — the traditional center for currency exchange shops and currency dealers — explained, “Every day I see police officers, and dealers who buy and sell foreign notes,” as he grasped dollars and euros in his hand. He said that he’s witnessed arrests, and the new people who replace those who were arrested. Street dealers gather at his store to share gossip. “Rumors have it that these are all the government’s plans. They want to let the rial sink to 200,000 rials per US dollar, then stabilize it around 100,000,” they speculate. This is a story that is repeated by many people, including a major government official.

In fact, on September 6th, Kayhan Daily, affiliated with the Supreme Leader, ran this headline: “Wait for 200,000 Tomans per Dollar!” That day’s editorial attacked all branches of the regime: the executive, the judiciary, and the legislative. “When the heads of branches, who have every ounce of power possible to deal with the economic issue, do not do anything, we should expect to see 200,000 tomans for a dollar pretty soon,” it said.

In an attempt to engineer the market, the Iranian government has allocated close to US$40 billion to import necessities and key commodities for consumers. Petrochemical companies and non-oil exporters have been ordered to sell their foreign revenues through a secondary market to companies that import products that are not regarded to be necessities.

According to the government, anyone who needs foreign currency should be able to find it. But Keivan, a businessman and importer of electronics, sees it differently. He has tried to buy currency from the secondary market. “It is a mess, there is no market,” he says, and adds “when you get the rate in the market, that is not the end of the transaction. It’s just beginning. Then the exporters want to negotiate with you.” He says he knows of no importers who have been able to purchase the currency through the secondary market.

The street market and the actual banknotes are the only market that exist and are available to an anxious public.

Lida, an engineering student from Tehran, planned to apply to graduate programs abroad, but the cost of registering for the International English Language Testing System (IELTS) exam has increased threefold. As well, her parents have said that they cannot support her anymore. “There was a moment when I thought I should kill myself. There is no hope,” she said.

Many Iranians feel hopeless, and share Lida’s sentiment. “Everywhere I look people are questioning their life work,” said another resident. “It seems everything we have done is now meaningless.”

As Keivan, the electronics importer, said, “Our government has stopped governing and that is scary.” He added that he worries that the crowds in Istanbul Square will turn violent, that the prospect is grows closer each day. “We are tired; we all are very tired of our government not being able to do anything. Now we think they do not want to do anything.”

Sunday Telegraph: A missile which brought down an RAF...