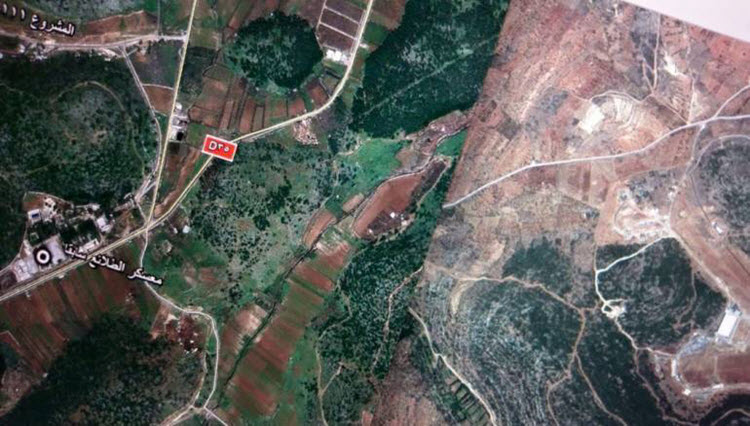 London, 16 Aug – The Iranian Regime is building a long-range rocket factory in Syria, according to a report on Israeli television.

The Channel 2 television news report, which aired on Tuesday, showed satellite images of the site under construction in northwest Syria near to the Mediterranean coastal town of Baniyas.

It said that the construction indicated that explosives would be stored there and compared images of buildings that it said were of a rocket factory near Tehran to structures at the Syrian site to showcase the strong resemblance between them.

This news comes less than a week after Israeli Prime Minister Benjamin Netanyahu warned that the Iranian Regime was seeking to increase their control in Syria as so-called Islamic State fighters were driven out of their Syrian strongholds.

Netanyahu made clear that Israel was closely watching for any untoward developments and would act strongly against any threat from the mullahs’ Regime.

He said: “Our policy is clear: We vehemently oppose the military build up by Iran and its proxies, primarily Hezbollah, in Syria and we will do whatever it takes to protect Israel’s security.”

Netanyahu is a major critic of the 2015 nuclear deal that six world powers [the United States, the United Kingdom, France, Germany, China, and Russia] struck with the Iranian Regime, which promised sanctions relief for the Middle East country in exchange a temporary slowdown in its development of nuclear weapons.

He argued that the agreement fails to prevent Iran from gaining nuclear weapons in as little as fifteen years, which they will most certainly use against their sworn enemy Israel.

Iran claims that their programme is for peaceful purposes only but when have nuclear weapons ever been used peacefully?

Over the past several months, the US has imposed new economic sanctions against the Iranian Regime for issues not related to their nuclear weapons programme (like their use of ballistic missiles, support for terrorism, and human rights abuses).

The US has also made clear that the Regime’s “malign activities” in the Middle East were undercutting any “positive contributions” from the 2015 accord curbing its nuclear program.

Donald Trump is another ardent critic of the nuclear deal for being too soft on Iran. On the campaign trail, he repeatedly promised to tear the agreement up but as of yet, he has not.

Israeli intelligence officials will discuss the situation regarding Iran’s involvement in Syria and Lebanon with U.S. counterparts in Washington this week, according to US media.

Eu Should Pressure Iran to Stop Support of Assad