Iran: Khamenei Reveals Concerns About the MEK in Albania 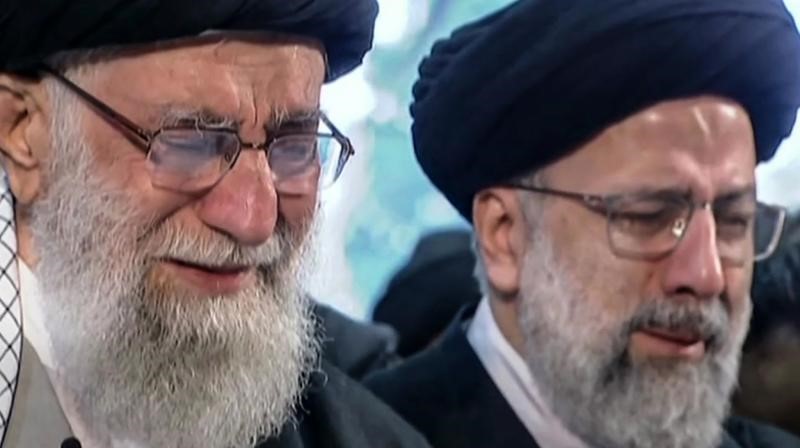 He claimed that the trip of the former U.S. National Security Advisor Gen. James Jones to Albania and his visit to Ashraf 3, home to PMOI/MEK members in Albania, were aimed at setting the stage to ignite the November protests against the regime.

Until now, Khamenei and other officials have evaded directly accusing the PMOI/MEK of leading and organizing the nationwide uprising in the last November. However, he bluntly unveiled the truth and insensitively admitted to the inspiring role of the Mojahedin-e Khalq in the people’s upheaval against the regime.

“Some days earlier the [November] incidents, the incidents were about the gas [price hikes], in a European country, a small country but very ‘treacherous’ and really ‘evil’ in Europe, a U.S. element and a number of Iranian ‘mercenaries’ got together and planned to conspire against the Islamic republic. The plan was exactly what we had witnessed in incidents related to the gas [price] some days later… Of course, they were previously prepared to implement everything they can,” Khamenei said in a gathering of regime supporters on January 8.

Khamenei’s remarks were met with reactions by Albanian officials. On the same day, Albanian President Ilir Meta, Prime Minister Edi Rama, Senior Minister Pandeli Majko, the Leader of the Parliamentary Group of Socialist Party Taulant Balla, harshly responded to the Iranian regime’s leader and defended the Albanian initiative of hosting the PMOI/MEK members in their country.

“The missiles fired by Iran towards two Iraqi military bases that housed the US military and coalition personnel are a provocative act with dangerous consequences for the region and its stability. Iran must respect international agreements, international laws and its obligations in the interest of peace… Albania is not an evil country but a democratic country that has suffered from an evil dictatorship unparalleled in its kind, therefore, considers human rights sacred. For two decades Albania remains firm in its commitments alongside the US and NATO countries in the fight against international terrorism and any act that endangers world stability and peace,” Albanian President Ilir Meta posted on his Twitter account.

“We have taken action that is the honor of Albania and in line with Albanian tradition. This has been an indisputable agreement with the U.S. to welcome and open our doors to a group of people whose lives are in danger. We have lived under dictatorships and know very well how dictators act how they control everything to destroy their dissidents across the globe,” Albanian Prime Minister Edi Rama responded to Khamenei’s remarks on January 8.

The Secretary-General of the Albanian Socialist Party, Taulant Balla, rejected Khamenei’s remarks, saying, “Khamenei calls Albania a small and evil European country. No, he is wrong! Albania is a beautiful European country with the people who are proud of their hospitality tradition and with many tourist attractions.”

Former Albanian Prime Minister and current Minister of Diaspora in Albanian government Pandeli Majko said, “The presence of the MEK is primarily a presence at the request of the United Nations. We have done a duty based on the entire tradition of international hospitality by accepting the Mojahedin in our society. All of the people we accept are subject to UN protocols. We made a special and bilateral [agreement] between Albania and the MEK. This claim, which the Mojahedin’s presence could endanger Albania[’s security] is a mockery, childishness, and profound ignorance of the international laws. They have made no problem in our society.”

Mr. Majko also remembered the Iranian regime’s terror plots in different European states under diplomatic coverage including Albania. The former Albanian Prime Minister stated, “I believe that today, in some European countries, there is a process of investigating the Iranian regime’s diplomats involved in terrorist acts in Albania and also in other countries. The people of Qassem Soleimani, who was killed, conduct terror activities in diplomatic clothes in Europe. Later, they themselves shout about respect to the international laws and the United Nations’ charters.”

Notably, on October 24, 2019, Albanian authorities have revealed information about a Tehran-affiliated terrorist group that has been plotting against PMOI/MEK members. In March 2018, news broke that Albanian authorities had foiled a terrorist plot by the Iranian regime against MEK members in Tirana, who were gathering for the annual Nowruz celebrations. The Albanian Police Chief Fatmir Xhafaj announced that an Iranian regime’s Quds Force operative named “Peyman” organized and directed the attack from inside Iran.

Shortly after, Belgian authorities in cooperation with other European security forces arrested a clandestine cell that was commanded by Assadollah Assadi, a senior diplomat of the Iranian regime stationed in Austria. Immediately, German law-enforcement captured Assadi, the Iranian regime’s third secretary in Vienna, for plotting to bomb the June 2018 gathering of Iranians in Paris. He was eventually extradited to Belgium to be tried for his crimes.