Why Maryam Rajavi Believes That Compulsory Veiling Is Wrong 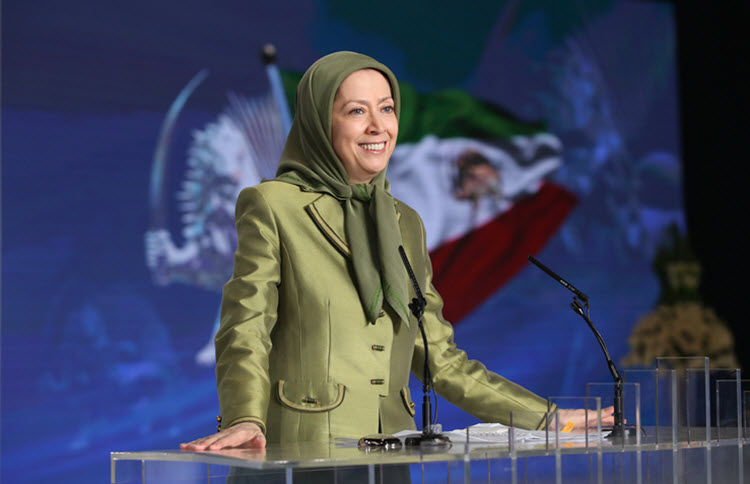 In a previous piece on the Iranian Resistance’s commitment to gender equality, we highlighted the ten areas that Maryam Rajavi and the National Council of Resistance of Iran (NCRI) believe are essential to achieving equality of men and women in Iran.

One of those areas was clothing, specifically the right of women to choose their own attire without interference from the government, and we want to explain why Maryam Rajavi believes it is essential to gender equality in Iran.

Following the 1979 revolution, the Iranian Regime introduced mandatory hijab in Iran, which meant that women needed to be veiled in public. At the time, Iranian women rallied against the introduction of the law and the People’s Mojahedin Organization of Iran (PMOI/MEK), a member group of the NCRI, organised demonstrations against it.

The law, part of the mullahs’ Sharia framework, was introduced despite opposition and remains unpopular among the Iranian people to this day. Maryam Rajavi said that the misogynistic laws that govern Iran have effectively turned the country into a prison for women.

Maryam Rajavi explains that the reason for the hijab is not based on safeguarding chastity or protecting the family, but rather, like all of its suppressive laws, it’s just another method to keep the Iranian people in line and to measure hatred of the Regime.

Maryam Rajavi said: “This explains why whenever the regime suffers a political setback on the international scene, or whenever it faces social protests and uprisings, it steps up executions and intensifies the campaign against mal-veiling…. The ruling mullahs are fully aware that if they show leniency vis-à-vis compulsory veiling or modify any of their laws and policies that oppress women, the latter’s power will quickly advance and mobilize society.”

Many women routinely defy the law by removing their hijab in public and, in some cases, posting it to social media.

These women face punishment from the Regime’s so-called morality police (over 20 suppressive police entities who maintain Iran’s religious laws) if they violate the forced veiling law. This punishment can take the form of arrests, imprisonment, fines, torture, floggings, beatings, rape, or anything else that the Regime thinks is appropriate.

The Regime cracks down hard on women who defy mandatory hijab because the mullahs see any form of dissent as a threat to their power. The mullahs are deeply unpopular among the Iranian people and know that they will soon be overthrown, so they try to crush any opposition at all.

Maryam Rajavi said: “Clamping down on women on the pretext of mal-veiling is one of the most effective means to repress society and silence any voice of dissent. The mullahs have no scruples in enchaining women on so-called religious grounds.”

Maryam Rajavi would repeal the mandatory veiling law as well as any employment law that allowed workplaces to fire or otherwise discriminate against women who do not wear the hijab.

Maryam Rajavi said: “Written or unwritten laws on controlling the clothing or behaviour of women under the rubric of “mal-veiling,” which have violated Iranian women’s right to freedom and security, shall have no place in tomorrow’s Iran.”

Iran adamant on uranium enrichment on own soil