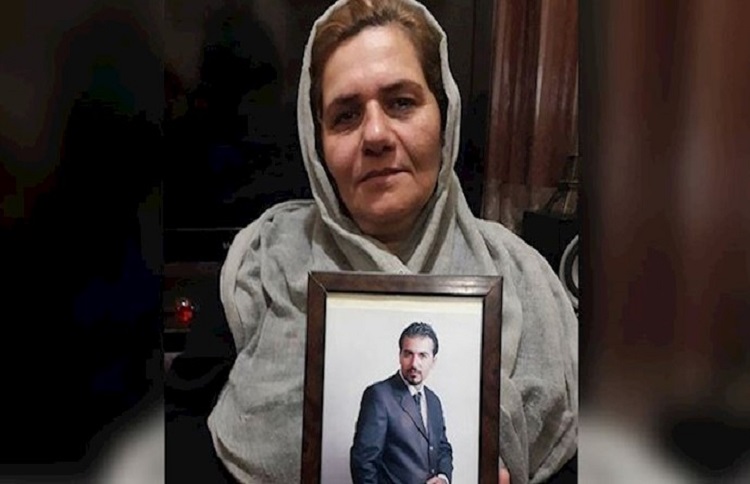 Iranian activist Farangis Mazloum, who is the mother of political prisoner Soheil Arabi appeared in court on Tuesday, accused of “assembly and collusion to commit crime through making contacts with the People’s Mojahedin Organization”.

On July 8, she was sentenced to six years in absentia, even though a trial had not been convened.

She was arrested in July 2019 by Intelligence Ministry agents and placed in solitary confinement in Evin Prison; subjected to two-and-a-half months of interrogation and torture despite illness and heart complaints. After going on hunger strike in August 2019, she was initially released in October on a 250 million Tomans bail

Mazloum has been put under much pressure by the regime for the past few years because of her son’s activism. She is routinely denied visits with him.

Arabi, 32, was arrested for criticizing the regime on Facebook and spent four-and-a-half years in Evin Prison before being sent to exile in the Greater Tehran Penitentiary in February 2018.

In related news, political prisoner Nahid Fat’halian has been sent back to the women’s ward of Evin Prison following interrogation; remaining in prison for four months now without trial.

Fat’halian, a teachers’ union activist, took an active role in the relief effort for flood victims in spring 2019.

In May, the National Council of Resistance of Iran said that 18 detainees, including Fat’halian, had been arrested on charges of “collaboration with an opposition organization (the People’s Mojahedin Organization of Iran)”.

The NCRI called on the regime to publish the names of all detainees and respect their rights, according to the international conventions to which it is a party, citing that torture and ill-treatment of political prisoners are infamous practices of the regime.

NCRI President Maryam Rajavi said that these people were subjected to torture, faced execution, and were in danger of contracting the coronavirus.

Rajavi urged United Nations Secretary-General, as well as the High Commissioner for Human Rights, the Human Rights Council, and the international human rights organizations, to work to ensure that detainees are released. She also emphasized on the need to visit the regime’s prisons and prisoners.