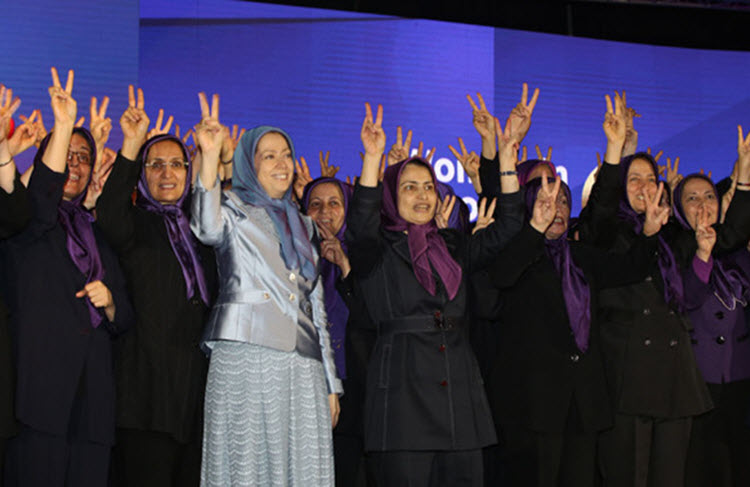 In an earlier piece, we covered how the National Council of Resistance of Iran (NCRI) and its president-elect Maryam Rajavi would improve the lives of Iranian women in 10 key areas ranging from employment to marriage to the legal system.

This piece will cover women’s participation in the political system in more detail.

In our earlier piece, we wrote that Maryam Rajavi believes that women should have equal rights to participate in the country’s political leadership, including the formulation and implementation of government policy, the holding of public office, and the ability to perform all public functions at all levels of government.

What we want to know now is why Maryam Rajavi thinks that this is important for women’s rights?

Simply put, Maryam Rajavi believes that women are just as capable as men in every way, so there is no reason why they should not serve in the political sector, especially as they so often do much of the work in political movements without recognition.

She also recognises that as women make up half the population, they should have equal representation in government because, historically, leaving political matters up to men has led to misogynist laws being passed.

Maryam Rajavi said: “Our experience made it palpably clear that defeating the curse of inequality is impossible without first taking a leap; leadership responsibilities must be given to the most competent women without the slightest degree of anxiety. Women’s hegemony in the Iranian Resistance, as a paradigm-shifting transformation, paved the way for women to take on responsibilities in all fields.”

How would Maryam Rajavi ensure equal participation of women in politics?

In our earlier piece, we wrote that would remove any laws that ban or limit women’s role in government and introduce laws that the government would have to appoint women to at least half of its posts and that at least half of the candidates standing for any political party in any election must be female.

Will this system work?

The NCRI is already using this system in their government-in-exile and it has benefited the women in those positions, women as a whole, and the Iranian Resistance movement as a whole. They find that it promotes gender equality across all sectors and strengthens their movement.

Maryam Rajavi said: “As a result of this campaign, women succeeded in adopting noble values and rose above a decadent and reactionary culture. As a first accomplishment, they came to believe in themselves and their capabilities.

And when they discovered how necessary their responsible roles are in the advancement of the struggle against the religious tyranny, they decided to leave the world of irresponsibility and passivity, where a women’s self-identity is reliant on others. Instead they stepped into a world of responsible women who in fact lead a struggle with all its potential consequences.”

This drive to put women in leadership positions strengthened the individual women’s belief in themselves and their role in the Resistance, but it also changed how women as a group interacted with each other. Maryam Rajavi reported that putting women in half of all leadership positions in the NCRI has led women to work together as a unit and support each other more.

Maryam Rajavi said: “Each woman in the Resistance has come to the realization that by cooperating with and supporting her colleagues, she would actually be empowering herself. In this path, they have attained an incredible ability to make sacrifices for their sisters.”

Why is this so important to the Resistance?

Maryam Rajavi said: “When you target sexism, you are actually attempting to shatter the cornerstone of the velayat-e faqih system (absolute clerical rule). When you target the mullahs’ misogyny, you are in fact aiming at the heart of their ideology. “

AP: Iran's Administrative Justice Court has ordered that an...

The Hill: Congress is demanding to have a say in...