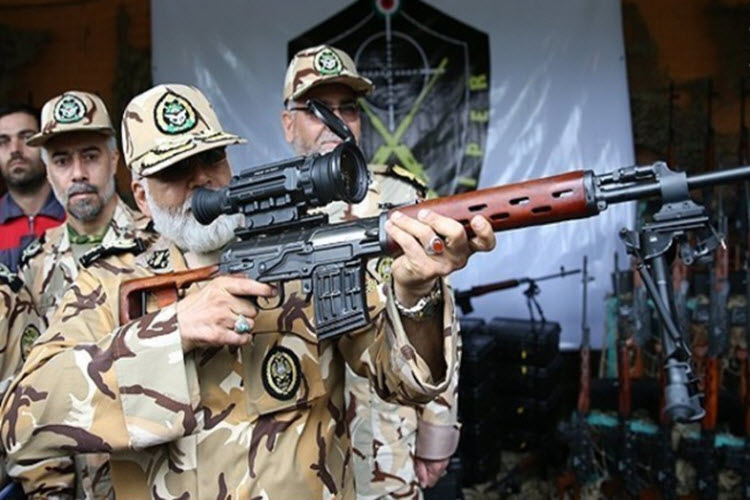 London, 3 Jan – According to economic analysts, the budget bill that is currently being debated in the Regime’s Parliament regards military and security budgets for 2017-18 and will provide funding for terrorist groups and repressive security forces.

The Iranian Ministry of Defence is due to get $5.75 billion and whilst that might not sound huge compared to a country like Saudi Arabia, Iran’s GDP is a lot lower than that of its Gulf neighbour.

• the General Command of Armed Forces of Iran – $750 million

• the foundation of Martyrs and Veterans Affairs – $2.71 billion

A total of $21.475 billion on the military and related forces; a staggering 23% of the government’s budget. Even worse? The IRGC, named a terrorist group by the US Congress, has received a 55% increase on last year’s budget.

Since 2013, the military budget has increased by 70%; which is unsurprising when you consider their increased interference with other sovereign states like Iraq and Syria.

In 2015, Hassan Rouhani fought back against people who claimed that the Iranian Regime intended to improve the nation’s health and fight poverty by remarking that money had been spent on the military rather than healthcare and welfare schemes.

He said: “Some say that the government plans…intends to curb inflation, end recessions and improve healthcare and foreign policy and it does not intend to strengthen defence system. Well, I must say that during these two years we have increased our strategic weapons and defence forces by 80 percent in comparison to the past 10 years.”

This was a strange comment because the budget should have been spent on the former points rather than the latter.

The annual budget for Iran usually comprises of two parts. The larger part deals with public companies, banks and governmental enterprises, while the smaller part (called the public budget) determines policies and funds government departments like the military.

Reuters: Iran vowed on Saturday to pursue its uranium...