Iran Rial Rose in Value, but Experts Are Sceptical 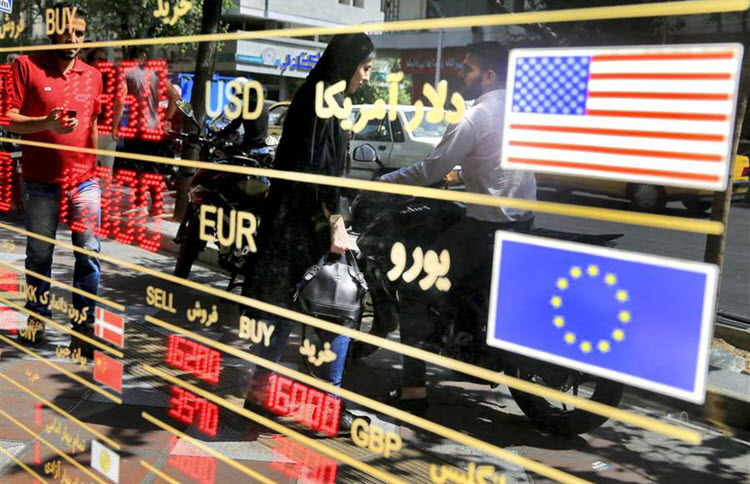 London, 4 Oct – The Iranian currency unexpectedly rose in value on Tuesday, following months of depreciation triggered by US sanctions, but caused overall by government corruption and mismanagement.

At one point, exchange shops in Tehran were offering one US dollar for 135,000 rials (compared with highs of 190,000 just the day before). This led many Iranians to rush to exchange their rials for dollars to beat the inevitable drop in value that will happen when further US sanctions are applied next month.

But some Iranians were sceptical of this exchange rate.

Ruhollah Nikravesh, a dollar seller on the streets of Tehran, said: “It does not make any sense at all that from four o’clock in the afternoon until the day after suddenly the price of the dollar plummets by 30 to 40 per cent. It is not natural. It can be either the trick of the government or dealers who seek to collect the people’s dollar savings. There is no management in this.”

Some analysts claimed that a new policy allowing the Iranian Central Bank to intervene more strongly to support the rial and import more foreign currency was helping, but that still doesn’t go all the way to explaining it.

Some have even claimed that the rise is based on the hope that Europe will be able to shield Iran from US sanctions, despite real proof to the contrary, and Iran will cash in on the rising price of oil.

Even if this were all true, it is only temporary, because the second round of US sanctions targeting Iran’s oil industry and Central Bank come into force next month.

Furthermore, fifty Iranian economists have called on Iran to ditch “the secondary forex market”, something that the government put in place in May to artificially fix the exchange rate at 42,000 rials to the US dollar in order to counteract the effect of US sanctions.

This plan could never have worked, because every other country works on the global exchange rate, so money changers and import/export businesses would have made a significant loss when trading at the official rate.

It only benefitted the exporters of petrochemical products, minerals, steel and other goods –people often linked to Iran – who received dollars at the cheap government rate and were able to make a profit 3-4 times bigger than usual, while ” millions of Iranians [were pushed] below the poverty line”.

The economists first called for the closure of the secondary forex market in August, citing that its continued activity could cause a “national catastrophe unprecedented during the past 75 years” and lead to at least one million job losses.

US liaises with Russia, China over pressuring Iran

AFP: The United States said Wednesday it was working...