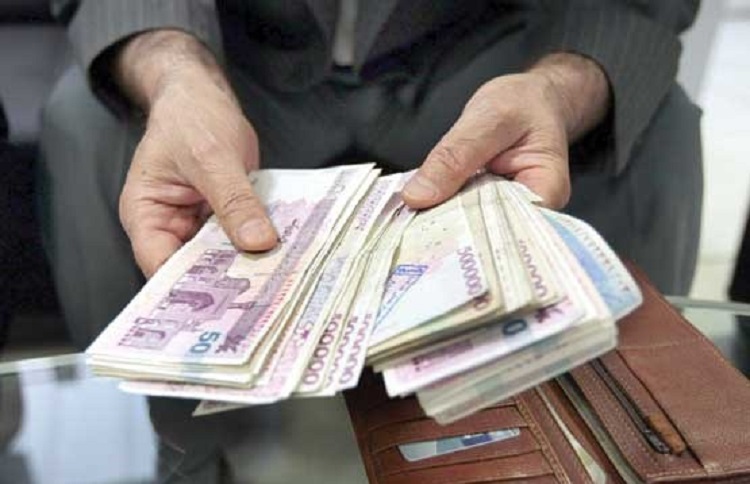 The effects of Iran’s economy spiraling into bankruptcy is becoming increasingly evident, as no one else in Iran’s government can conceal or censor it.

The terrible economic realities and the economic collapse are now spreading everywhere from the Iranian parliament to the Friday prayers and community and to the state media….

“Practically lost in appearance [national currency], if you look carefully, now our dear people will never name our national currency as rials again, and they call a 500,000-rial banknote they say 50 tomans. They don’t even say 50,000.

“The reason we have actually decided to remove four zeros off the national currency is that even now, the relationship of our national currency with foreign currencies is not very interesting. Against major currencies, the value of the rial is close to zero.”

In response to the proposal to remove four zeros from the national currency, in which case 10,000 tomans would be converted into one toman, a number of members of Iran’s parliament spoke of it as ineffective and even harmful to the current recession and inflation and bankruptcy. And some saw the pervasive corruption that is rife everywhere, including in free-trade zones, as one of the factors contributing to the economic bankruptcy that has strained the lives of deprived people.

In this regard Hassan Kamran, member of Iran’s parliament, said:

“The trading strategy in the world is to export, not to import. Since I have been in the parliament and the government started the free trade zones, they made a wrong decision about the chosen places. The Kish Island is a tourist place, Chabahar lacks infrastructure for that, it was a military base, and the Qeshm Island was also a military springboard for the Indian Ocean. There are no benefits for the people. These areas were exempt from tax for 20 years. Then we’re taking taxes from a cobbler, from a blacksmith, so in the name of God, what do we want to do with these people?”

Another way that the government is using to plunder the people is privatization. This is a gruesome game in which factories and industries of the country are given to looters and the factions of the government. Cases aired by on Iran’s state-run Channel “OFOGH” on Saturday, 28 September, are very clear.

Privatization and HEPCO Story: “Salimi: Look at a strange thing, for example, a company like HEPCO has been sold just for 10 million tomans in 2006-2007.

Salimi: 10 million tomans or, for example, Moghan’s agriculture, the fields of the most desirable agricultural in the Middle East has been sold 2,700 tomans per meter, just as cheap as a 10-meter house in Tehran’s poor districts. Who is this delegation that has so much authority to offer discounts like this?

The HEPCO company when it had only 280 billion properties in his stock … Not counting its land, properties and brand value, they priced it only 70 billion tomans, who did this?

Moderator: So, you actually blame a lot of institutions on this issue, the Expediency Council and other institutions?

Salimi: The process of the control of the privatization in the country now is almost like the control over the JCPOA there is no control.”