US Meets with Saudi Arabia over Iran Attack 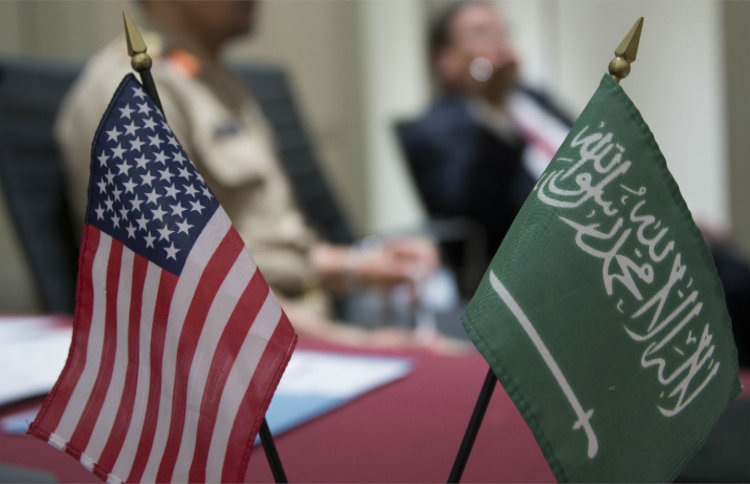 US Central Command confirmed Tuesday that its naval forces’ commander met with the head of Saudi Arabia’s naval forces in visited Riyadh over the weekend to talk about strengthening defenses against Iranian threats.

Malloy said in a statement: “This visit was an opportunity to discuss our mutual efforts going forward to coordinate defense against provocation and attack.”

This comes after the September 14 drone and missile attack on two Saudi oil facilities, which initially halted about 5% of global supply.

The US, France, Britain, Germany, and Saudi Arabia have blamed Iran for the attack that Iran-backed Houthis in Yemen claimed responsibility for.

The US representative of the National Council of Resistance of Iran (NCRI) released detailed information about how the attack was ordered by Iran’s Supreme Leader Ali Khamenei and carried out by the Revolutionary Guard Corps (IRGC).

NCRI spokesperson Shahin Gobadi said: “It was a blatant act of war that Khamenei, [President Hassan] Rouhani, [Foreign Minister Javad] Zarif, and other regime heads were responsible for in deciding, approving, and implementing.”

The NCRI has a long history of providing the West with accurate intel on the Iranian Regime, like the clandestine nuclear program, and has a network of sources inside the regime and armed forces.

The report read: “These Intelligence reports indicate that the operation resulting in the attack involved the highest levels of the IRGC who directed it at every step. Ali Khamenei, supreme leader of the regime, directly ordered the commanders of the operation to conduct the attack, and the tactical command headquarters for the operation deployed from Tehran to Khuzestan province (southwest Iran) one week prior to the attack.”

The NCRI has called for the eviction of Iran and its proxy militias from Iraq, Syria, Yemen, Lebanon, and Afghanistan, as well as the placing of Khamenei, his offices, the IRGC and the Ministry of Intelligence and Security (MOIS) on the terrorist watch list. They also want the UN Security Council to refer the Iranian authorities’ own dossier on human rights abuses and atrocities to an international court.

At the same time, several countries have joined the US in forming an international maritime coalition to protect commercial shipping in the Strait of Hormuz after attacks on several oil tankers earlier this year, which the US and Saudi Arabia blame on Iran.

In this mission, the US would supply coordinating ships and lead surveillance while others would patrol nearby waters and escort commercial vessels.

Reuters: Iran's foreign ministry said the country was not...