Duplicity in Sending Iran’s Budget Bill to the Guardian Council 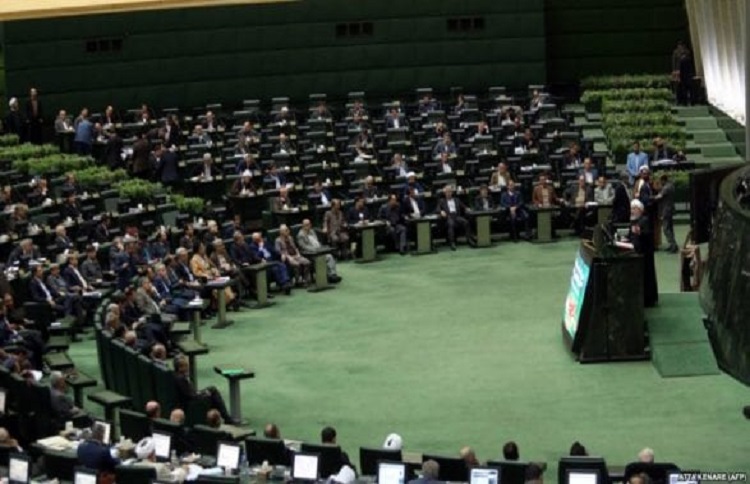 Iran’s budget bill for the coming Iranian year which starts on March 21, after it was rejected by the Majlis (Iran’s parliament), was finally sent to the Guardian Council for approval after the regime used the trick of “referring it to the Integration Commission”. What is the reason for this?

While coronavirus broke out in Iran, the regime’s parliament members rejected the budget bill of 2020-2021. Abdul Reza Mesri, the deputy speaker of the parliament, and Asadullah Abbasi, Spokesperson for the Board of Directors, announced on 22 February that Ali Larijani, the Speaker of the regime’s parliament, has received an “executive order” from Khamenei Iran’s supreme leader that the budget be sent to the Guardian Council.

This raises tensions over the controversial budget bill of 2020 and challenges the efficiency of the parliament.

According to Mesri: “The Report of the Commission on the Integration of the Budget Bill 2020 was sent directly to the Guardian Council for final review and conversion into law.”

Mesri added, “With the approval of the National Staff of Fighting the Coronavirus, no public hearings of the Majlis will be held until further notice, which is why it was not possible to approve the budget bill. The budget law task will be determined after review by the Guardian Council before the end of the year (Persian calendar).”

The question that remains in this budget approval process is that despite the claim that the Majlis due to the outbreak of the coronavirus has delayed scrutiny of the budget approval process and has rejected it in its entirety, how is the “Guardian Council” at the same time able to work on the budget bill while the coronavirus hits the entire country?

The budget coil becomes more complicated where according to Article 85 of the constitution, the Majlis “can, in urgent cases, delegate the power to legislate … to its internal committees, then these laws will be put to the test within the time specified by the parliament and their final approval will be with the parliament.”

This has been experienced several times during Mahmoud Ahmadinejad’s Presidency. Now, despite such a stipulation in the constitution, the “Guardian Council” is regarded as the final body deciding on the budget.

Like the price hike of gasoline that the parliament was completely marginalized and when in the face of popular protests, members of the parliament, in a formal dispute, demanded a review of the price of gasoline at a “high priority” and “very high priority” rate, While Supreme Leader Ali Khamenei prevent them, now by the approval of the budget, the formality face of regime’s parliament was again shown to the public.

In many cases, of course, this has happened in the past 41 years. Among them is the role played by the Majlis in the case of the regime’s nuclear deal with Western powers.

Mahmoud Sadeghi, a member of the regime’s parliament, said that Khamenei’s executive order to refer the budget bill to the Guardian Council is “The Last Nail in the parliament’s coffin”.

Sadeghi added: “After the Majlis opposed the general budget bill, its referral to the Integration Commission was not legal. The bill had to be returned to the government. With the leadership’s permission, the unlawful decision to refer the bill to the Integration Commission cannot be justified. In other words, the executive order here is irrelevant. “

Another member of the Majlis, Mostafa Kavakebian, said referring the budget bill to the “Guardian Council” on the executive order of Khamenei, “This act is not legally valid because the Majlis has rejected it.”

This shows that the Iranian regime is stuck in many problems and is not even able to approve the budget bill. It is forced to approve it by an executive order which even under the regime’s laws is not legal.

AP: Iran has expanded the tunnels it uses to...