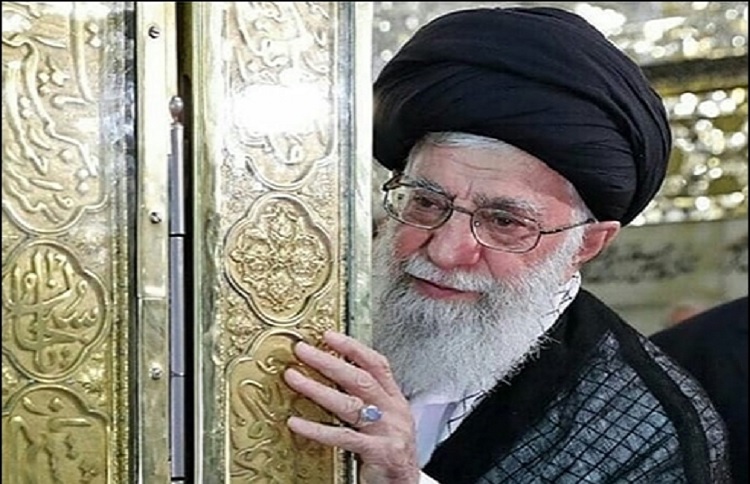 Iranian Supreme Leader Ali Khamenei told the Iranian parliament that the country’s economy would bounce back from the brink and, rather insensitively considering the coronavirus pandemic, referred to Iran’s current economic state as a “disease.”

He then cited the main hardships faced by middle and working–class people as “inflation, the devaluation of the national currency, high prices, the problems of manufacturing firms, and… sanctions”.

But the regime cannot possibly fix these problems when its corruption and mismanagement caused them in the first place and  Khamenei’s faux-positive outlook is just an attempt to disguise the problem to hopefully shut down any protests.

If Khamenei really wanted to fix the problem, he could. He has assets of $200 billion, which was stolen from the people of Iran. The reality is that he and the mullahs will not fix the issue because they are the cause, so the only way that the situation can improve is if the regime is overthrown.

An Economist, Hossein Zaghfar, even said that corruption is “institutionalized” in the regime with those who do not participate in corruption “automatically eliminated from the wheel of power”.

The only reason that the mullahs even care about the economy is that they fear protests by the Iranian people; something Khamenei outright admitted during a meeting with the student wing of paramilitary Basij forces in May.

As the mullahs cannot fix the economy without tearing itself apart, they are left with the only option in their disposal: suppression of dissent through any means necessary.

In the November 2019 protests, the regime shot dead at least 1,500 people in the street, injured 8,000 more, and arrested 12,000. Some of those arrested have since been sentenced to death after being charged with intentionally vague “crimes”, while many more were given long prison terms.

But this will not stop the Iranian people from protesting and many officials are warning of big protests to come. One state-run paper even wrote that the only reason that we haven’t seen a mass uprising yet is that the coronavirus is keeping people socially distant. The Mostaghel daily said that the regime was intentionally mismanaging the crisis to postpone protests.

Furthermore, Iranian authorities pursue to intimidate citizens via oppressive measures. In recent days, in an unprecedented act, the judiciary executed a man for drinking alcohol in Mashhad, northeastern Iran. On the same day, it executed three others for insignificant crimes. The Supreme Court also intends to soon carry out the execution of three protesters who were detained in November 2019, which prompted the people’s anger against the regime in its entirety.

Inside the West’s economic war with Iran

Reuters: In his first week as U.S. president, Barack...