A Depiction of Iran’s Real Situation 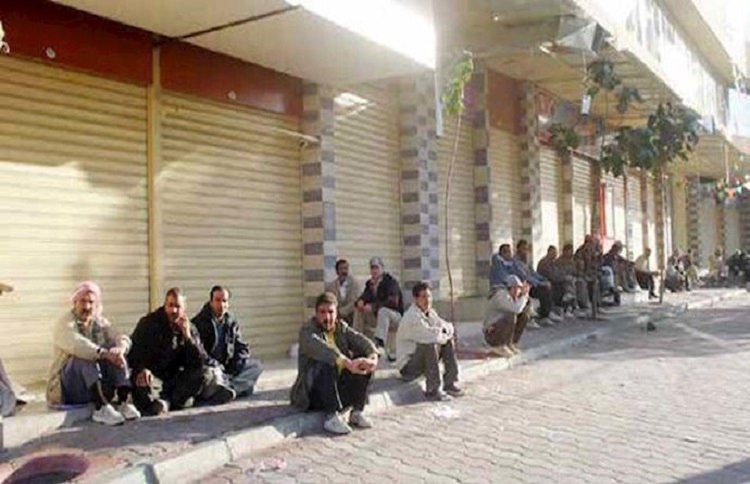 The situation of Iran’s government is getting worse day by day. A situation that even state media cannot cover up with fake news and is forced to write the truth.

In 2012, Sattar Beheshti, an Iranian blogger was killed several days after being arrested by the Iranian Cyber Police unit for criticizing the regime on his Facebook for much less than what now the state media is writing about.

The paragraphs below you can read about the reality of Iran’s regime after 40 years of its reign.

‘We wish that with each death to (America), the Iranian product basket becomes fuller and their tables are more colorful, the country’s trade balance is more positive, and with each more resistance, the central bank’s foreign exchange and monetary reserves increase.

‘We wish the respect of the world would increase with the burning of the flags of other countries. But “General” Qalibaf scrape the bottom of the barrel, and if we thousand times a day tear our throats with slogans and shout with all our might, nothing will change at all.

‘For me, the question is, what is the relationship of our officials with Iran and why are Iran national interests not included in their actions, behaviors, and decisions, and why do they look at Iran as a laboratory sample for implementing anti-national slogans and goals?

‘Not that after 30 years of chanting, suddenly seeing the growth of Japan, we tried to become an “Islamic Japan” and eventually end up as an “Islamic Venezuela”. When we compare ourselves today with the likes of the United Arab Emirates, we conclude that something in the governance of our country is not working properly.’

Iran’s state-run Jahan-e-Sanat daily, in an article titled, “Condition for Preventing the Hungry Uprising” wrote: “If they (Iran’s government) do not think of a cure, there will be protests in the future that we can no longer stop.”

On 13 July, Arman daily wrote: “The misery index is increasing in the past three years by 26 percent, and this is reporting about unwelcomed events, which is happening in the heart of the society. In the last years, the economic situation is getting worse, and the pressure of the sanctions from one side and the pressure of financial policies and weak economic administration on the other side made us reach a situation that now fewer people are enjoying welfare and secure livelihood.”

Arman added: “Due to the increase of the inflation in the country, and reaching it close to 50 percent, more serious consequences are awaiting the economy, especially the livelihood economy. Of course, the situation is becoming worse, and the system will face harder and more dangerous consequences.”

Ibrahim Fayyaz, from Khamenei’s faction, said about the new parliament of Iran: “The 11th parliament is one of the most senseless parliaments after the revolution, and the main aspect of its identity may be just opposing the current government. Do not doubt that the radical front is collapsing, and this collapse has no meaning other than intensifying the internal division of this front. If the next government is like this parliament, there will be a social collapse.”