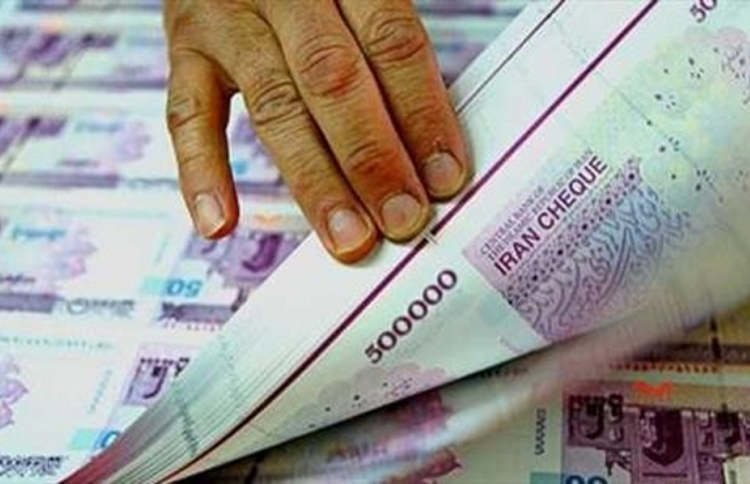 These days, Iran’s economy under the ayatollahs’ rule has been stuck in a cycle of unresolved challenges and dilemmas.

On August 3, in his interview with Arman-e Mali daily, former Defense Minister Akbar Torkan identified extensive costs as the main economic challenge for the country suffering from a massive budget deficit. “The administration borrows in different routes to compensate for these deficits,” Torkan said.

The growth of liquidity and rising inflation in the society is the direct and negative effect of the government borrowing from banks and printing unsupported banknotes. On the same day, economic daily Jahan-e Sanat [The world of the industry] shed light on several reasons for current economic obstacles. In its piece titled, “The reasons for the growth of liquidity in the past four months, the Central Bank of Iran (CBI) says the administration digs its hand into the treasury,” the outlet wrote:

“The CBI acknowledged the constantly growing trend of liquidity. Moreover, the long-time coincidence between the growth of money and inflation proves this matter. Liquidity is growing, paving the way for increasing inflation. A massive budget deficit, disruption of non-petrol exports’ trend, and fluctuating forex have kept the banknote printer running and caused inflation expectations with fundamental changes,” Jahan-e Sanat daily wrote on July 3.

“We are witnessing a daily 20 trillion-rial increase in liquidity. This increase will change inflation expectations in different economic markets,” Jahan-e Sanat added.

The fact that in the past four decades, various administrations, particularly President Hassan Rouhani’s administration, have compensated for budget deficits by printing banknotes. They managed to address their economic troubles for short-time periods. However, they left the country’s economy and the people’s living conditions in more miseries and hardships.

On August 2, regarding the administration’s failed monetary policies and increase in the inflation rate, Heidar Mostakhdemin Hosseini, a government-linked expert, wrote a piece titled, “Who is the main culprit for increasing inflation?”

“Given the administration’s non-observance of monetary policies, it is impossible for the country’s economy to get out of the vicious cycle of liquidity and inflation. CBI’s policies are only one of the reasons for the national currency’s devaluation. However, the CBI would become a major factor in increasing liquidity and inflation if it does not make new monetary policies and amplify its oversight of the money creation process in banks,” Mostakhdemin Hosseini warned.

At the time, the administration, as the chief monetary policymaker, does not have any control over the printing of banknotes and creating money, but it is also creating more unsupported money. Of course, the people are the main losers of the government’s mismanagement and economic policies. In this context, the government digs its hands into citizens’ pockets by raising taxes and the price of essential goods pushing the society into a financial bay.

These disastrous policies have destroyed production sectors and boosted profiteering individuals and entities tied with the governing system. Simultaneous with reducing investments in manufacturing and industrial sectors, speculative activities have been promoted.

Notably, both “reformist and principlist” factions benefit from these horrible decisions. They have gained windfall privileges through financial institutions affiliated to the office of supreme leader Ali Khamenei. For instance, in its July 27 report, ILNA news agency quoted Parviz Fattah, head of Mostazafan Foundation, as saying, “In the past year, we had a 34-percent growth in comparison to 2018 and the total revenue of the foundation reached 360 trillion rials [$1.44 billion].”

However, this figure is only the tip of the iceberg. It is worth noting that Mostazafan Foundation is just one of Khamenei’s economic empires, which dominates over 60 percent of Iran’s economy, according to former minister Behzad Nabavi.

Undoubtedly, 13 other Khamenei-controlled institutions such as Astan-e Quds Razavi, the Revolutionary Guard’s Corporation Foundation, Construction Headquarters of Khatam al-Anbiya, and Executive of Imam Khomeini’s Order (EIKO) have had similar revenue if they had not gained much more.

This is while many Iranian families are compelled to sell their body organs or even their newborn babies to overcome current economic hardships. In fact, as citizens’ lives have been torn due to the coronavirus outbreak and its horrible economic consequences, authorities are adding insults to the people’s injuries. They have left millions of Iranians defenseless in the face of the ominous disease and pushed their lives into more difficulties.

On the other hand, they try to attribute citizens’ problems to foreign pressures, especially U.S. sanctions. They truly attempt to convince citizens that the root of their problems comes from outside Iran’s borders. However, everyone knows that the ayatollahs and their 41 years of corruption, nepotism, and horrible economic decisions are the main reason for Iran’s economic collapse.

Iran Vows Not to Give Up Centrifuge Demand

AP: Iran toughened its position over its nuclear program...