Fars New Agency: A security official reported the arrest of a number of individuals affiliated with the MEK whose mission was to disrupt the elections. 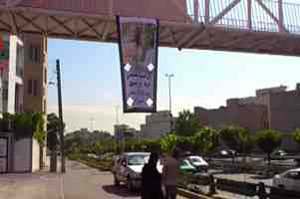 Fars New Agency, 24 May – A security official reported the arrest of a number of individuals affiliated with the MKO grouplet (pejorative term to describe the Mujahedeen-e Khalq, MEK), whose mission was to disrupt the elections.

The active members of several entities affiliated with the MKO grouplet were neutralized in a series of lightening fast and simultaneous operations in Tehran and several other cities, the official added.

He said, the identified networks were using a multitude of names and were engaged in deception while carrying out their activities. But a significant number of them had backgrounds in membership in the MKO and others were previously convicted and imprisoned for cooperating with this grouplet.

The official added that two of those arrested had recently entered the country to provide directives from abroad and coordinate the activities of the individuals and networks inside the country in order to disrupt the election process. The diligence and surveillance by the unsung heroes (intelligence ministry agents) resulted in their arrest a few days after they entered the country.

He noted that a large number of members of these networks were identified, summoned and after taking appropriate measures, including obtaining the necessary guarantees from them (not to engage in activities) were let go. In the next few days, more information will officially be provided to the public after the contacts of these networks have been dealt with.