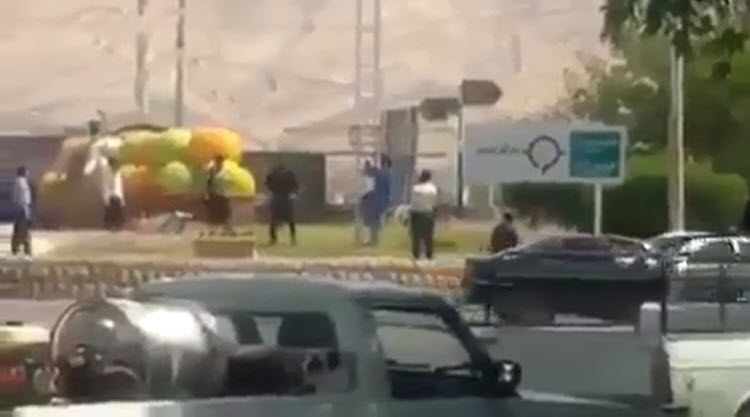 London, 15 Jun – The National Council of Resistance of Iran (NCRI) has obtained video footage of a man being flogged by the regime.

The clip, filmed at Kouhpayeh Park in Shiraz, southern Iran, shows a man being flogged in public by the fundamentalist authorities.

The footage was smuggled out of Iran to help raise awareness of the brutal crimes exacted by the Iranian regime.

This news comes only three weeks after the mullahs’ regime raided a mixed-gender party in Qazin and sentenced the 35 attendees to 99 lashes each. The sentences were carried out immediately by the ‘Moral Security Police’.

The United Nations High Commissioner for Human Rights issued a statement, on May 31, which said: “We condemn the outrageous flogging of up to 35 young men and women in Iran last week after they were caught holding a graduation party together in Qazvin, north of Tehran.”

CBS: In London Rice will sit down with fellow...

AFP: The United States is lobbying hard for Iran...