Iran Regime Attempts to Whitewash Their Abuse of Prisoners 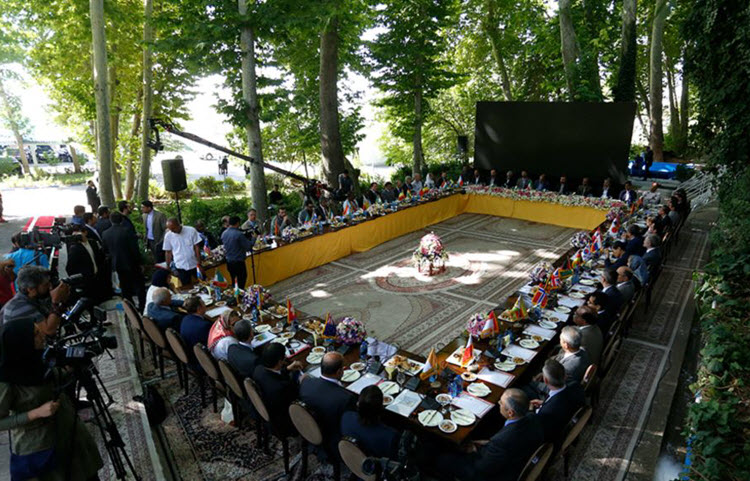 London, 14 Jul – The Iranian Regime invited the ambassadors of 45 foreign countries to take a tour of the notorious Evin prison in Tehran, last week, to see how the Regime treats prisoners.

However, there is one massive problem with this: it was all planned by the Regime.

So, the Regime had time to relocate the prisoners which they had beaten, to close off the wing with the political prisoners, and to threaten the other prisoners into compliance in order to make the Regime look as good as possible.

The ambassadors were taken to pre-arranged locations within the prison where prisoners were seen to have access to education and communication tools.

Although, it is worth noting the Regime could have hired people to act as prisoners for a day or that the prisoners were so happy to have the opportunity to communicate with their loved ones via the phone that they didn’t dare speak out against the Regime.

This façade of transparency came just one day after Javad Larijani, the head of the Iranian regime’s so-called Human Rights Organization, claimed there are no political prisoners in Iran.

Amir Basiri, a human rights activist specialising in Iran, wrote an op-ed for the Washington Examiner, in which he begged the international community not to fall for propaganda and ignore the abuses of the Iranian Regime.

He wrote: “This was an attempt to debunk the increasing wave of international criticism at Iran’s human rights violations, especially in its prisons…Disappointingly, some of the attendants, including the ambassadors of Indonesia, Portugal, and South Korea, praised the regime for the humane conditions in its prisons and its treatment of prisoners, according to state-run media.”

He continued: “Whether made out of ignorance or in hopes of currying economic and political favours, the irresponsible remarks made by foreign diplomats will give the regime free rein to continue persecuting, torturing and executing dissidents while it still clings on to power.”

Basiri highlighted that political prisoners are kept in the most squalid of conditions, in wards that are closed off from the diplomats.

He said: “The truth is, the crimes that the Iranian regime has committed against its people and especially in its prisons will not be washed away with any amount of charade setups such as the one it held last week in the Evin prison.”

Basiri noted that many political prisoners were transferred out of Evin shortly before the inspection, like Majid Assadi, arrested for supporting the Iranian opposition group the People’s Mojahedin Organization of Iran, who transferred to the Gohadasht prison in Karaj.

He concluded: “The Iranian people will not forget nor forgive the regime’s crimes, and will not relent until its officials are held to full account for their atrocities. The least that the international community can do is not to attempt whitewashing the crimes of their murderers.”

Over 30,000 Iranians fighting in Iraq

A Kurdish member of the Iraqi parliament claims there...

Most violence against Iranian women is perpetrated by state...