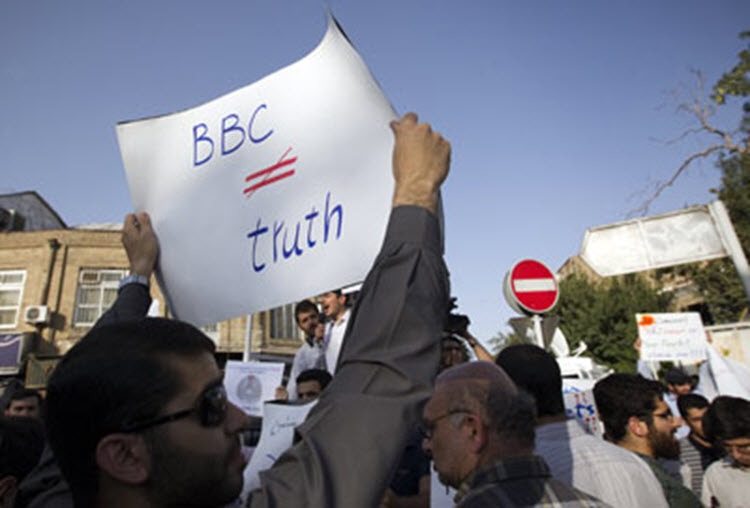 London, 16 Aug – The BBC has criticised the Iranian Regime for its asset freeze on BBC Persian staff resident in London; the latest attack from the Regime on the BBC’s Iranian correspondents.

The Iranian judiciary issued a court order that imposed sanctions against more than 150 BBC Persian journalists and former journalists. The sanctions prevent the people listed from conducting financial transactions (including selling their homes) in Iran because of their ties to the BBC.

Francesca Unsworth, director of the BBC World Service, said: “We deplore what appears to be a targeted attack on BBC Persian staff, former staff, and some contributors. It is appalling that anyone should suffer legal or financial consequences because of their association with the BBC.”

She continued: “We call upon the Iranian authorities to reverse this order urgently and allow BBC staff and former staff to enjoy the same financial rights as their fellow citizens.”

The journalists weren’t even informed of the sanctions but found out by accident after one journalist attempted to sell their house in Iran.

This is just the latest incident in the Iranian Regime’s intimidation campaign against BBC staff; many are unable to return to Iran- even to visit dying family members- for fear of arrest or attacks from the Iranian Revolutionary Guards Corps (IRGC), the Regime’s secret police.

Indeed, at least one BBC journalist who visited family in Iran has been detained in the country.

According to the Guardian: “[Iranian] Authorities have maintained a campaign of harassment against [BBC Persian journalists] by summoning their family members who live in the country. A number of staff have also been victims of false allegations of sexual misconduct, duplicated Facebook accounts, fake blogs and online identity theft designed to discredit them.”

The Regime considers the BBC Persian service to be a subversive arm of the Britain Secret Intelligence Service, MI6, which aims to overthrow the Regime.

The BBC Persian service is banned in Iran but 13 million people still access it via illegal satellite dishes, desperate to hear news that doesn’t come from the Regime’s propaganda machine.

This is the latest example of the Iranian Regime renewing its crackdown on freedom of the press following the controversial re-election of Hassan Rouhani as president.

According to Reporters without Borders, Iran is one of the five worst countries for press freedom in the world, with at least 10 journalists and 17 citizen-journalists incarcerated.

On Sunday, it was announced that Iranian journalist Sasan Aghaei had been arrested.

It is also believed that Nazanin Zaghari-Ratcliffe, the British charity worker held prisoner in Iran may have been arrested for her former work at the BBC.