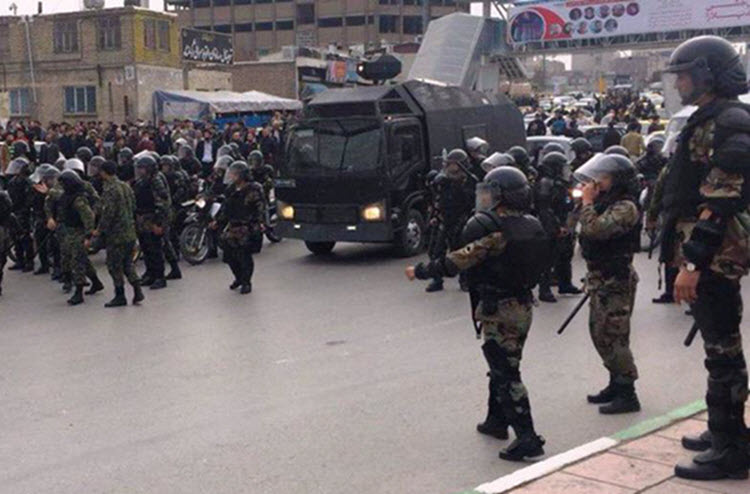 London, 07 Feb – Human rights abuses in Iran are plentiful, but this January has seen them soar as a result of the Iranian Regime’s crackdown on the protesters who called for regime change.

Iran Human Rights Monitor published a special report on the violations that the protesters were subjected to, but this article will do its best to cover both that and the unrelated human rights abuses.

Iran’s government started its crackdown with the first demonstrations, using tear gas and water cannons to disperse the crowds.

At least 50 protesters were gunned down in the streets, while 12 have died under torture in prison. Some bodies were secretly buried by the Regime, with the families either unaware or threatened into secrecy, while some were dumped in front of their homes or in public places as warnings.

Of those who died under torture, the Regime has claimed that they committed suicide, despite clear signs of torture on the bodies.

In response to this, Iranian MP Mahmoud Sadeghi tweeted: “According to the relatives of one of the detainees who died in jail, he had told his family during a phone conversation [prior to his death] that the authorities had forced him and other prisoners to take pills that made them sick.”

There are at least 15 people arrested or summoned during the protests who haven’t been seen or heard from since, including students, teachers, and engineers. Their families have attempted to find out their fates and have staged protest rallies outside of various prisons but their requests were met with tear gas and air shots by the prison authorities.

Of course, unlawful arrests, torture, and extrajudicial killings are just the start of Iran’s human rights abuses during the protests. Others include the vicious beating of protesters, the extracting of false confessions under torture, the denial of adequate medical treatment to protesters, the arresting of lawyers representing the protesters.

Human rights violations not directly related to the protests

In January 2018, there was a total of 17 executions, including one public, five secrets, and three of juvenile offenders (Iran is one of the last countries to sentence children to death), despite appeals from international human rights organisations.

There are also two political prisoners who are at risk of imminent executions, but it is reported that they are being held to convince one of their fathers to hand himself in.

The Iranian security forces opened fire without warning on at least three occasions in January, killing four men and wounding a fifth. They also deliberately ran over a motorcyclist and killed him.

Two people have died in prison in Iran. One Abdul Rahman Narui was tortured to death and one Abdolghodus Amiri committed suicide after the Regime denied him adequate medical care.

The Iranian Regime carried out at least one amputation and issued seven flogging sentences in January. Some of the sentences also included jail terms, forced exile, forced labour, and even executions.

Many of these punishments were levied out for things, like having a secret relationship, drinking wine, and hunting during the offseason.

Hundreds of arrests have been reported in Iran in January based on religious or ethnic (30) social (17), and arbitrary (146) grounds. Arbitrary arrests include 36 people attending a mixed gender party, 21 underground singers, six people involved in modelling, and two musicians.

The political prisoners have been wildly mistreated in prison with threats against their lives, the cancelling of all leave (including medical) because they refused to disavow the protests, the vicus beatings of Sunni prisoners in Rajaie Shahr Prison, and the raid in Central Prison.

They are also denying adequate medical care to many, including those under torture.

This is just a summary and the full list of crimes against the Iranian people by the Regime can be found here.