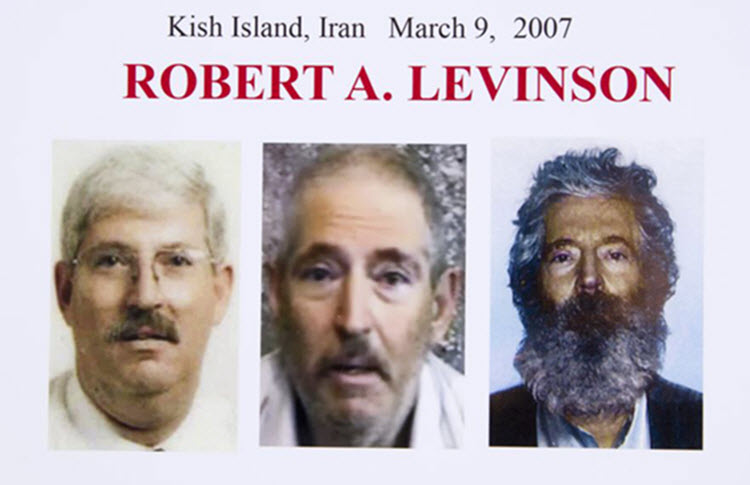 London, 6 Dec – There are a number of American and foreign citizens that are currently being held captive in Iran. One of them is Robert Levinson, a former FBI agent, that disappeared on 9th March 2007 after travelling to Iran’s Kish Island. It is thought that Iranian intelligence officers arrested him to use him as a bargaining chip with Washington. Some believe that Levinson was carrying out an investigation into cigarette smuggling.

In 2016, it became known that Levinson was meeting with Dawud Salahuddin, born David Belfield but also known as Hassan Abdulrahman, an American fugitive that is suspected of murdering an Iranian diplomat in the United States. The CIA had been trying to recruit him.

Levinson is part of the Society of Former Special Agents of the FBI and the group has praised U.S. President Trump and his administration for recognising Iran as a major threat.

He has been missing for almost 12 years and his family has been calling for answers this whole time. However, they are now calling for more to be done.

In an open letter to the media, human rights organisations and world leaders, the families of political hostages in Iran, have called for urgent action. They said: “Over several agonizing years, our loved ones’ cases have each been treated individually, but while they are all unique and complicated cases, this is not an individual problem, it is a pattern; a pattern we call on world leaders to help end. Responsible stakeholders on all sides of this issue know what to do. Please, secure our loved ones’ freedom from Iranian prisons.” They have vowed to stop being silent in the matter.

Other signatories to the letter include the families of Siamak and Baquer Namazi, Kamran Ghaderi, Saeed Malekpour, Ahmadreza Djalali, and Nizar Zakka.

Siamak Namazi, a businessman with dual Iranian-American citizenship was taken while he was visiting his family in October 2015 and detained in the notorious Evin Prison in Iran’s capital city. His father, Baquer Namazi was arrested at the beginning of 2016 when he visited his son after being given permission by Iranian authorities. The former UNICEF diplomat who is now in his eighties has ongoing heart problems and there are great concerns for his health.

Ahmadreza Djalali is a Swedish-Iranian researcher and academic that is employed by the Karolinska Institute in Stockholm. He was charged with spying on Iran and arrested while he was visiting Iran in April 2016. Earlier this year, the Iranian authorities confirmed the death penalty.

Nizar Zakka, a permanent resident of the United States who was born in Lebanon, was kidnapped in September 2015. He is an internet freedom activist and information technology expert. The authorities in Iran have said that he was there to spy.

The families said in the open letter: “We believe that the Iranian authorities have little incentive to end the cruel and horrific practice of hostage taking as a result of inadequate pressure from the international community. World leaders need to make the political cost for committing human rights violations so high that releasing our loved ones becomes advantageous to the Iranian authorities.”