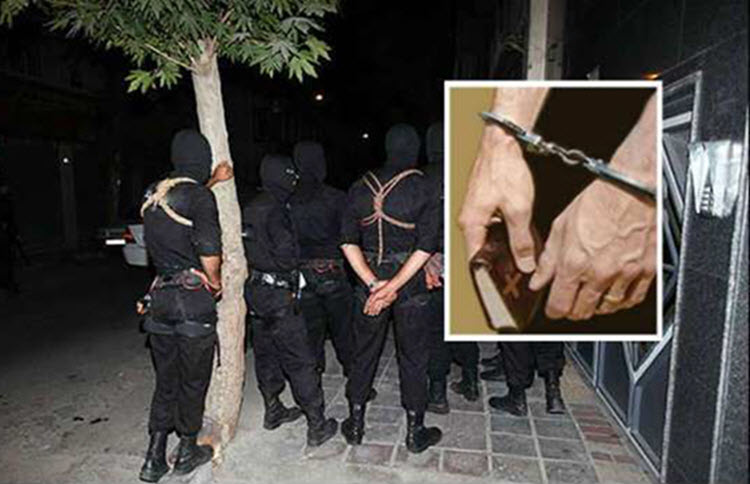 London, 10 Dec – Just a few days ago, in various cities across Iran, authorities detained more than 100 Christians and ordered them to have no contact with religious groups such as house churches. The arrests come after approximately 150 detentions last month.

The Head of Advocacy at Open Doors UK, Zoe Smith, described the news as “highly concerning”. Open Doors is a charity that speaks out regarding persecution against Christians. Smith said, “It follows an established trend of the Iranian government – as the number of converts to Christianity increase, so the authorities place greater restrictions on churches,” and added, “The restrictions are worse for churches seen to be attended by Christians who have converted from Islam. Not only that, but the government is asking unreasonably high bail amounts and seeing longer prison terms for Christians.” As the Christianity in Iran continues to grow, Open Doors fears officials will escalate the clampdown.

While most of the detainees were freed fairly quickly, their mobile phones were confiscated. They were told to expect a call from Iran’s Ministry of Intelligence.

Long prison sentences are becoming an increasingly common, even for those who have never been arrested before. Smith alleged, “Some Christians disappear from their communities after serving a sentence; church leaders are put under pressure to leave the country or face an arrest; house churches weaken as their members choose to decrease their meeting hours and minimize their activities; some Christians lose the contact with their churches altogether becoming isolated.”

Maryam Rajavi, President-elect of the National Council of Resistance of Iran (NCRI), a coalition of some 500 Iranian opposition groups and personalities, committed to a democratic, secular and non-nuclear republic in Iran elaborated in a meeting at the Council of Europe in April 2006, about the Iranian Resistance about the movement’s vision for a future Iran. She outlined her 10 Point Plan that includes political freedom, respect for freedom of expression, abolition of death penalty, gender equality in political, social and economic arenas, a judicial system based on the principles of presumption of innocence and not on Sharia law. The plan also calls for commitment to the Universal Declaration of Human Rights, and international covenant and conventions, including the International Covenant on Civil and Political Rights, the Convention against Torture, equal opportunity in employment and in business ventures, protection of the environment, and foreign policy based on peaceful coexistence, international and regional peace and cooperation, and a non-nuclear Iran, free of weapons of mass destruction.

An important point, in view of last week’s arrests, is that Mrs. Rajavi’s 10 Point Plan is committed to the separation of Religion and State. Discrimination in any form against the followers of any religion or denomination will be prohibited.

Reuters: Three babies choked to death when a sand...