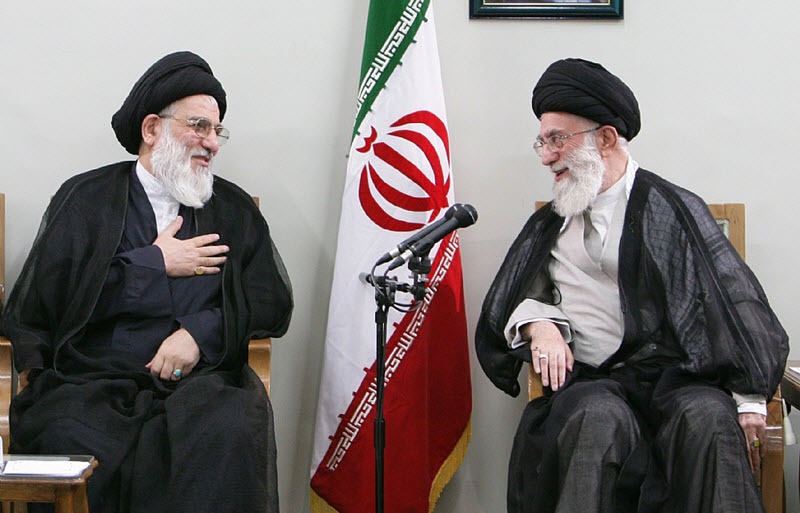 London, 26 Dec – Sayyid Mahmoud Hashemi Shahroudi was one of the most powerful Mullahs in Iran and was thought to be the most likely candidate to succeed Iran’s Supreme Leader, Ali Khamenei.

Born in Najaf, Iraq to Iranian parents in August 1948, Shahroudi studied at a seminary to become a cleric. He was once detained by the Iraqi Ba’ath Party in 1974 but was then granted amnesty and allowed to continue his studies. According to Wikipedia, one of his teacher’s was Khomeini, the brutal regressive founder of the Islamic Republic of Iran.

After Iran’s Islamic Revolution in 1979, Shahroudi came to Iran and taught at the Qom Seminary. His students include the current head of Lebanon’s Hezbollah, Hassan Nasrollah.

Hashemi Shahroudi was also the former head of the judiciary and human rights groups say he was responsible for more than 2,000 executions during his time in power.

He cut short a visit to Germany for treatment in January when activists referred him to German prosecutors, citing his record of passing death sentences which they said amounted to a crime against humanity.

Shahroudi was chosen as Iran’s Chief Judiciary two months after the events of the 1999 Iran students’ protests in Tehran. As part of the job, he immediately cracked down on students and even addressed an article written in a student publication in 2009 saying that “the root of the (student) movement was from outside of the university” adding that “the elements behind the event have been identified” and would be arrested.

He was also the Chief of the Judiciary during the 2009 uprising and was involved in the brutal suppression of protesters.

His right hand man during that time was notorious Tehran Prosecutor Saeed Mortazavi, known for the rape and murder of Canadian-Iranian photographer Zahra Kazemi. The “butcher of Kahrizak” as he is known, admitted to the murder of a number of protesters detained during the 2009 protests that swept Iran.

Shahroudi is also notorious for being one of the wealthiest Shia clerics in Iran, having amassed a substantial multi-million dollar revenue generating income from an export-import business and embezzlement.

In 2014, on the verge of presidential elections in Iran, “Seda”, an Iranian weekly affiliated with Rafsanjani, published a report on Shahroudi’s financial corruption.

“There is news of legal proceedings in regards to a top official of one of the three bodies (the judicial, executive and legislative bodies) in Ahmadinejad’s administration,” the weekly wrote in its 26th issue.

Mehr state-run news agency also wrote in 2013, that during Ahmadinejad’s reign, 150 billion rials were illegally allocated to the Foundation of Jurisprudence and Education of Ahl al-Bayt, which was owned by Shahroudi.

There are other reports that bail money was directly transferred to his bank account during his time as Chief Judiciary.

Shahroudi’s death will greatly affect the future of the Islamic Republic of Iran because Khamenei lost one of his most trusted allies, entrusted with powerful and sensitive positions throughout his lifetime.

His death will only add to the many calamities of the regime, including the economic situation which has led to increasing popular protests, and can only weaken its already shaking foundations.

Reuters: April will be a "decisive phase" in international...

No Iran nuclear weapons capacity for at least a year: Gates

AFP: Iran will not have the capacity to build...