As Iran’s Economy and Society Crumble, Tyrant Khomeini Is Commemorated by Mullahs 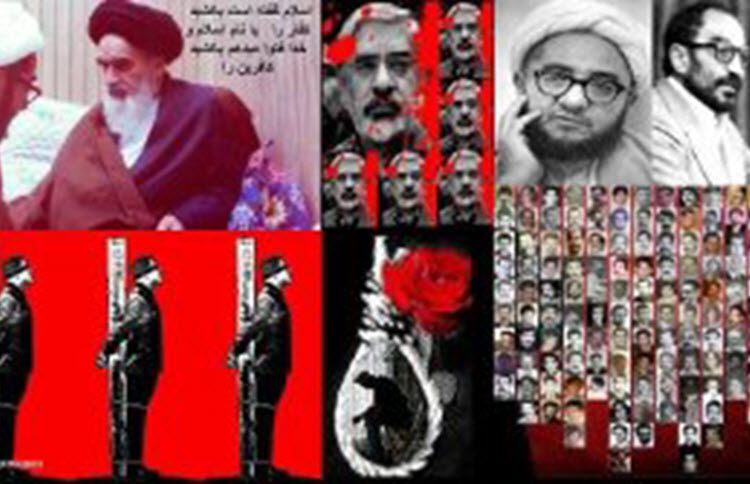 The Islamic Revolutionary Guards Corps will hold a major ceremony in Tehran from June 13th through June 15th to commemorate the founder of the Islamic Revolution, Ayatollah Ruhollah Khomeini. At the Khomeini mausoleum in southern Tehran people will be allowed to pay tribute to the Islamic republic’s first supreme leader, who died 30 years ago, on June 3rd, 1989. Current Supreme Leader Ali Khamenei, will address the crowd.

According to Struan Stevenson, the coordinator of the Campaign for Iran Change, and former member of the European Parliament, “Those attending this gala propaganda event will have more to mourn than the passing of Ayatollah Khomeini. They can weep also for the complete destruction of their once prosperous country by the theocratic dictatorship that seized power in the 1979 revolution.”

For four decades, the Iranian people have put up with rampant corruption, unchecked abuse of human rights, as well as women’s rights. Eighty million Iranians are angry, frustrated, and demanding regime change.

After the shah was overthrown in the 1979 revolution, the Iranian people believed that they were delivered from oppression. The shah had the largest and best‐equipped army in the region. The price of oil had risen, improving the quality of life for many Iranians.

It came as a surprise to the West, who had failed to realize that there was a lack of freedom in the country, and that much of the Iranian population was suffering from poverty.

Today the situation is different. When President Trump withdrew the U.S. from the Iran nuclear deal and reimposed sanctions, it devastated the Iranian economy. The poverty and lack of freedom are on a much larger scale than what led to the shah’s overthrow — so much so, that it cannot be compared to 1979. Unemployment levels have spiraled in Iran, inflation has reached record levels, Iran’s currency has collapsed, and strikes and protests have continued for the past 17 months.

There is no longer a middle class. In fact, people advertise to sell their kidneys and retinas to get cash to feed their families. Child labor and homelessness are common.

Yet, billions of euros are spent supporting Bashar al-Assad’s brutal civil war in Syria and on funding Hezbollah and other terrorist groups. Slogans are heard during the street protests, such as “forget Syria and think about us” and “Not Lebanon, not Gaza; I will sacrifice my life for Iran”.

Stevenson says, “When Ayatollah Ruhollah Khomeini returned to Iran in triumph on Feb. 1, 1979, after the shah had fled, he was welcomed by an estimated crowd of up to 5 million people. Like most observers in the West, the Iranian people believed that this elderly, bearded holy man would restore peace, stability and prosperity to their nation. How wrong they were. Little did they realize that Khomeini was a psychopathic murderer intent on plunging their country into a fundamentalist cauldron, exterminating anyone who stood in his way. His corrupt system of Velāyat-e faqih, or guardianship of the Islamic jurist, gave him the power to rule as supreme leader, taking his orders, he claimed, directly from God. He exploited this power with ruthless force.”

Irrefutable evidence has been collected by the United Nations regarding the executions of more than 30,000 supporters of the PMOI/MEK, by the mullahs in the summer of 1988. This atrocity ranks as a crime against humanity. The mass executions were carried out on the basis of a fatwa issued by Ayatollah Ruhollah Khomeini. Senior officials made up “death committees” who approved the executions.

In a tape recording of one of the death committee meetings, Khomeini’s nominated successor, Grand Ayatollah Hussein Ali-Montazeri, can be heard protesting that political prisoners, including women and even teenagers, were being hanged simply for supporting the PMOI/MEK opposition movement.

In spite of Montazeri’s protests, Khomeini instructed that the executions should be carried out in haste and that even pregnant women should not be spared. Eventually, Montazeri was removed as Khomeini’s successor and detained under house arrest for the rest of his life.

Mostafa Pour-Mohammadi was a member of that death committee, and until recently was President Hassan Rouhani’s justice minister. He was replaced by Alireza Avaie, who himself was a prominent executioner during the 1988 massacre, and has been on the EU’s terrorist blacklist for years. Other members of the 1988 death committee also still hold prominent positions in Iran.

Khomeini’s successor, Ali Khamenei, has presided over a clerical dictatorship that is said to have executed more people per capita than any other country in the world. As U.S. Secretary of State Mike Pompeo said, Iran has become the godfather of terror.

Human rights violations and terrorism are two subjects that...