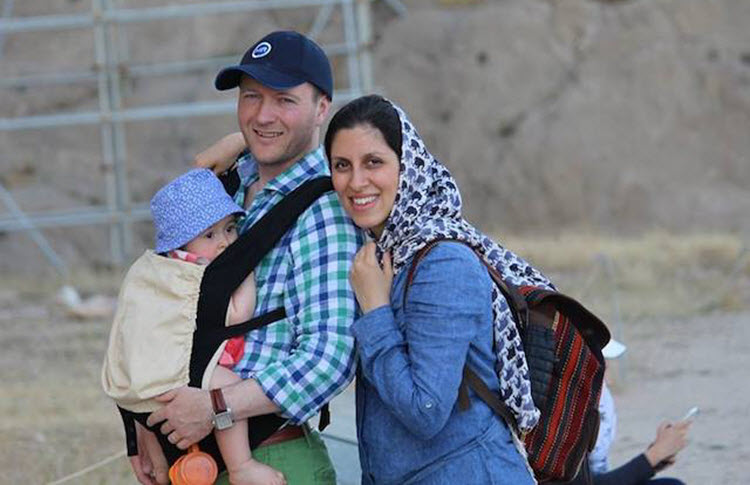 Seyed Abbas Araghchi, Iran’s deputy foreign minister, said Nazanin Zaghari-Ratcliffe would have to serve her full sentence and denounced the hunger strike by her husband, Richard Ratcliffe, outside the UK’s Iranian embassy as “blackmail”.

Ratcliffe is on the 10th day of a hunger strike in solidarity with Nazanin, who is protesting the dire conditions inside Evin prison.

She was arrested in April 2016, after taking her baby daughter Gabriella to visit family in Iran, and was sentenced to five years in jail for espionage. Gabriella, now five, has been denied her weekly visit with her mother in jail, possibly because the authorities are angry at Ratcliffe’s high-profile protest.

Iranian Foreign Ministry spokesman Abbas Mousavi told state media: “Mrs Zaghari is an Iranian. She has been convicted on security charges and is spending her sentence in prison. Iran does not recognise dual nationality.”

Iran notably does not allow people to give up their Iranian citizenship.

Iran minister urged to do ‘brave’ thing in PhD row