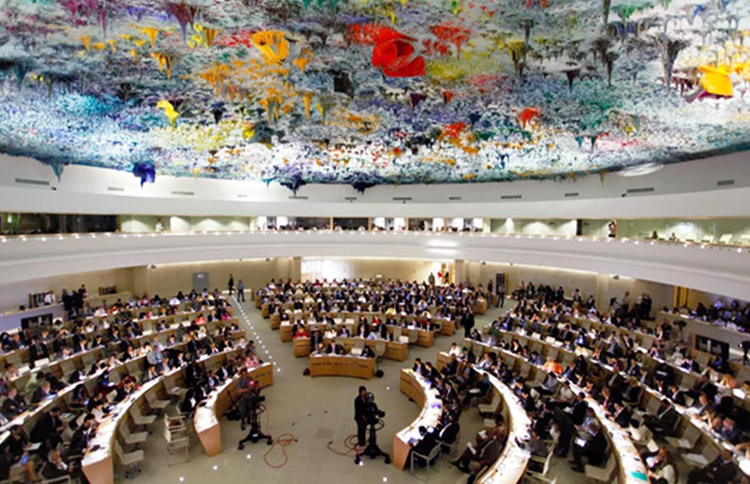 Specifically, they raised the case of human rights defender Arash Sadeghi, who has a rare form of bone cancer. Sadeghi was sentenced to 15 years’ in prison in 2015 for “assembly and collusion in the form of propaganda against the State”, “publishing lies in cyberspace”, “insulting the founder of the Islamic Republic of Iran”, and “propaganda against the regime”. The experts advised that his peaceful human rights activism involved social media posts and communicating with journalists and human rights defenders abroad.

He has been denied access to medical treatment by authorities at Raja’i Shahr (Gohardasht) Prison and his condition deteriorated after he was returned to prison against doctors’ advice following an operation in September.

The experts were also concerned about:

• Ahmadreza Djalali, a Swedish-Iranian medical doctor and researcher, held in Evin Prison and sentenced to death for “corruption on earth” for alleged espionage. Medical tests reveal that he might have cancer, but he is being denied access to appropriate healthcare.

• Kamran Ghaderi, an Austrian-Iranian businessman, who was charged with espionage and sentenced to 10 years in Evin prison. He has a tumour in his leg.

• Nazanin Zaghari-Ratcliffe, a British-Iranian charity worker, who has found lumps on her breasts and has mental health problems.

The experts said: “We urge the Iranian Government to immediately and unconditionally provide all the concerned individuals access to the appropriate medical treatment and care, as well as to other detainees who are in need of appropriate healthcare.”

The UN Working Group on Arbitrary Detention previously found that the individuals named in the statement are being arbitrarily detained and has called for their immediate release.

The experts wrote: “We reiterate our calls for the immediate release of human rights defenders and all other individuals who have been found to be arbitrarily detained, as well as for the release of all others in Iranian detention facilities who are currently held arbitrarily.”

Bush says world cannot have peace with a nuclear Iran

The Guardian: US intelligence agencies expect the Iranian administration...