Dozens Arrested in Protest Over the Suspicious Death of Iran Poet 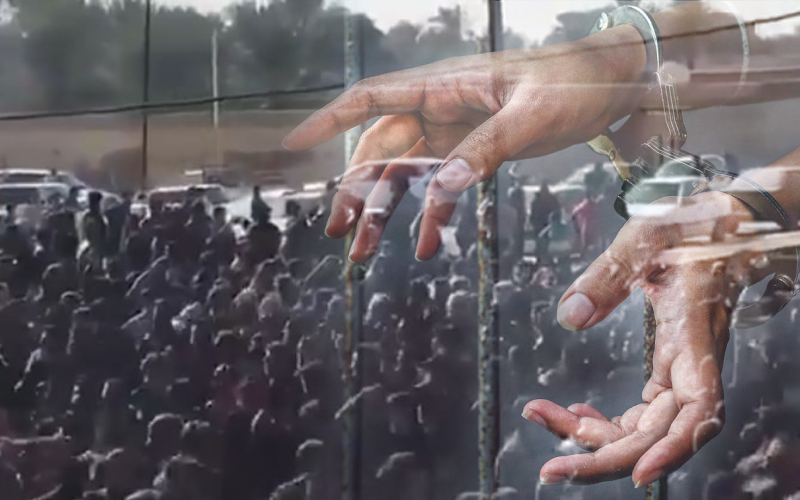 Dozens of Arab-Iranians were arrested during protests in southwestern Iran, which began on Sunday following the suspicious death of a young local poet.

Dissident ethnic Iranian ethnic Arab poet Hassan Heydari, 29, died in Shafa hospital in Ahvaz, the capital of Khuzestan province, but many Arab-Iranians blamed the regime for his death, so hundreds of them poured into the streets of Ahvaz and its neighboring towns, including Kot Abdollah and Shadegan, to mourn and protest.

It is not known why Heydari, who was arrested and released on bail last year, was hospitalized or why he died. The protesters want to know and they want someone held responsible.

The protests continued into Monday when his funeral was held, and his fans held memorial ceremonies where they shot live bullets in the air, a customary part of the ceremony for Arab-Iranians. In one video posted online, protesters in Kut Abdollah can be seen pulling down the flags of the Iranian regime from flagpoles.

In the early stages of the protest, Iran News Wire posted photos of the demonstrations on Twitter and noted that the security forces were not interfering in the protest, as they normally would, likely “because they are too afraid of the people’s wrath”.

This obviously changed because the state security forces have reportedly arrested dozens of protesters during the demonstrations on Sunday and Monday, even identifying at least 20 protesters by name, including:

It is safe to say that if the authorities feel comfortable admitting that they arrested these protesters, then there are scores more that are locked up anonymously in jail, perhaps with their loved ones not even aware of where they are.

Especially worrying is the fact that the Iranian authorities have not revealed the status and whereabouts of the detainees, which means they are more at risk of torture and other ill-treatment.

Business Standard:  Iran is likely to supply gas at USD...