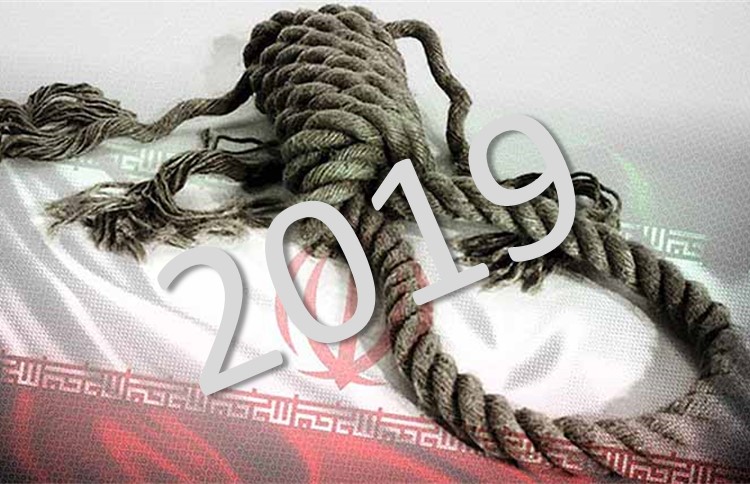 At the start of every new year, Iran Human Rights Monitor provides a report on the human rights abuses by the Iranian authorities on the Iranian people.

The report does not make for pleasant reading, but it is important, so if you can stomach it, click here for the full report. Here, we will be providing an overview that is less graphic but still contains basic information.

The year 2019 was marked by a brutal clampdown on Iranian society. Beset by a whole host of economic, social and political crises, the clerical regime has tried to rein in simmering social discontent by use of brute force. Hundreds of people have been rounded up for expressing their views or taking part in peaceful demonstrations. Vindictive crackdown against human rights defenders as well as the heavy-handed treatment of political prisoners also stark indications of mounting repression in Iran. Human rights defenders, members of minority communities, lawyers, journalists, labor and teacher’s rights activists and women have continued to be intimidated, harassed, arrested and detained.

Given that 2019, saw a massive uprising by the people against the government, the majority of the report focuses on that and the subsequent brutal crackdown by the state security forces.

The authorities say that the nationwide November protests had the potential to topple the regime and wanted to stop it at all costs, so they instructed the security forces to ‘shoot to kill’. This policy resulted in the assassinations of at least 1,500 peaceful protesters, the wounding of a further 4,000, and the arrest of over 12,000 purely for protesting against a rigged system. The protests hit nearly 200 cities in all of Iran’s provinces.

The government even shut down the internet in an attempt to stop the protests from growing and prevent the protesters from being able to alert the outside world to the mullahs’ crimes. Iran HRM reported that this was the longest internet blackout Iran has ever seen.

Of course, this was just what happened in the last six weeks of the year. The rest of 2019 in Iran was dominated by a major crackdown on striking workers, human rights activists, minority communities, lawyers, and journalists, who were continually harassed, arrested, and imprisoned in Iran, for nothing more than peaceful advocacy for human rights for all.

Former prisoners reported that prisoners, especially political prisoners, were subjected to harsh treatment, much of which is banned under international treaties that Iran is a party to, including physical and psychological torture (i.e. rape, beatings, mock executions) and corporal punishment (i.e. amputations, floggings). Many prisoners have died under torture in Iran.

While capital punishment, for which Iran is the world record holder, continued to attract condemnation from the international community. The UN Special Rapporteur on Human Rights in Iran and Amnesty International reported that Iran is also the leading executioner of minors and juvenile offenders.

Iran Human Rights Monitor urged the international community to hold the mullahs accountable for their crimes against humanity and stand with the Iranian people in their struggle to achieve their basic human rights.