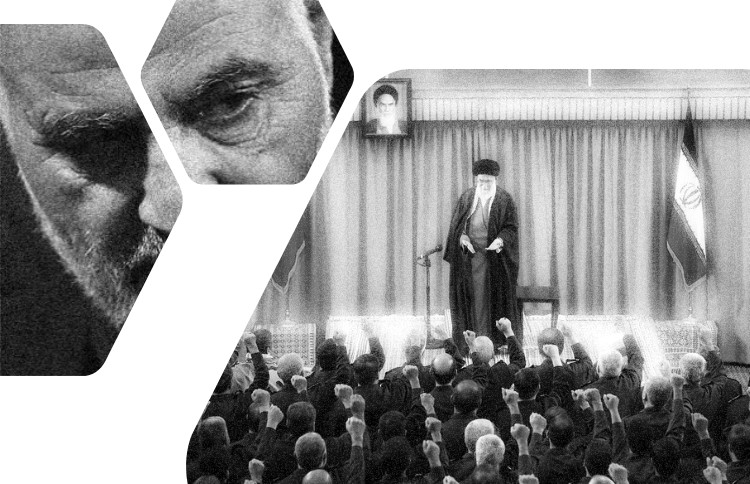 Contrary to many people who account for malign behavior of Iran’s ayatollahs as a sign of power and an offensive strategy, the truth is, the Iranian government employs the sponsorship of terrorism and warmongering as a defensive strategy.

Ayatollahs are wholeheartedly afraid to receive a firm response from the international community.

Since 1979, the Iranian government planned its defensive strategy based on sponsoring terrorism. This strategy was composed of exporting terrorism, hostage-taking, crisis-making, and warmongering to create a hollow authority for the Iranian government in the region. The ayatollahs pursue these malign behaviors to terrorize neighboring countries. They truly attempt to blackmail regional nations into acceding to their hegemony.

The Iranian government is notoriously renown for abducting foreign citizens, including tourists, correspondents, environment defenders, scholars, etc. to compel other states, especially Europeans, to give political and economic concessions. On the other hand, Iran’s authorities seek to force the civilized world to release their detained criminals and spies. The founder of the Islamic Republic Ruhollah Khomeini theorized exporting terrorism and hostage-taking as “another version of power.”

This is a mindset that has ruled the regime’s leaders to this day. “Everyone who threatens the interest of the system [Iranian regime], we’ll deal with him without consideration and strike him,” said the supreme leader Ali Khamenei on January 1.

However, after the Iranian people’s protests in early 2018, the government’s strategy began to collapse. Later in 2019, protests in Lebanon and Iraq shook pillars of the ayatollahs’ foreign policy. The mullahs always considered Iraq and Lebanon as the “strategic depth” of their rule.

Also, Iran’s nationwide protests last November shed light on the Iranian government’s weakness. In addition, on January 3, Khamenei received an irreparable blow by losing his right-hand Qassem Soleimani. Soleimani was the main person responsible for the implementation of Khamenei’s strategy abroad. As the head of the extraterritorial operations of the Revolutionary Guards (IRGC) Quds force, he masterminded and orchestrated many terrorist activities in the Middle East and across the globe. Also, Soleimani was playing a crucial role in fueling warmongering and ethnic conflicts in the region that enabled the Iranian regime to divert the political sphere from its adventures in the region and style itself as a “counterterrorism player.”

In this regard, the Iranian regime needed to react to save its authority in the region and more importantly, to prevent defection among its forces, who are seriously disappointed and depressed. Therefore, even before thinking about striking back at the U.S. the mullahs are concerned with lifting the spirits of their supporters and troops. On the other hand, the more the regime delays its response, the more troops it loses.

Soleimani’s death sank the Iranian regime in a new crisis about responding or not responding to the U.S. strategic blow. Some officials, mostly related to Khamenei, are saber-rattling to compel others to similar attacks. However, the United States doesn’t have a Qassem Soleimani. It also doesn’t have a Revolutionary Guards (IRGC) let alone IRGC’s Quds Force. Also, the Great Satan, as the Iranian mullahs describe the U.S., does not hide behind Shiite militias! Anyway, the Iranian authorities still looking for an avenue for the harsh response to America’s “unfair” strike.

“All the preparations and grounds are ready for hard revenge on terrorist America and delays in retaliation can damage the expectations of the people,” Keyhan newspaper published on January 4. The Author, of course, didn’t clarify which people he meant! Undoubtedly, the Iranian people, who have lost more than 1,500 of their children at the hand of Soleimani and his colleagues, don’t pursue retaliation. On the contrary, many Iranian people rejoiced at the elimination of Qassem Soleimani and celebrated inside the country and abroad.

On the other hand, the immediate session of the Supreme National Security Council, which was abnormally presided by Khamenei, stated that the Iranian regime will take revenge in “the appropriate time and place!” This shows that the supreme leader himself has no idea how to respond to the “unfair” blow of the Great Satan! He previously announced, “I am not expert,” when the Iranian streets were flooded by outraged people who demanded the downfall of the entire regime. However, Khamenei’s expertise, like his predecessor, is to keep his gang on power at all costs.

In such circumstances, some Khamenei’s other cronies, under the guise of “reformists,” are playing a different part. These people, who have a substantial voice in the regime, are recommending “principlists” for restraint and resorting to the international institutes to make a coalition against the United States. This group practically leaks the common concerns among the regime’s supporters toward the grave consequences of aggression. “No doubt, an immediate counteraction will result in a war. However, restraint and exploitation of the international [condemnations] against the terrorist movement of the U.S. and a ‘same-level action’ inappropriate conditions would be the best reaction,” Mardom Salari newspaper published on January 4.

In conclusion, Khamenei’s authority seems to fall if his recommendation about harsh response remains undone. Meanwhile, he will suffer more consequences if his thugs implement “the order of the supreme leader” about retaliation. Therefore, he faces a tough dilemma and should opt between more defection among the forces loyal to the regime or paving the way for more protests by the Iranian people who are waiting for a rift to release their anger against the rulers. In the end, however, the supreme leader stated, “You [the U.S.] can’t do anything,” unless you are really serious!!

What Caused the Hostility Between Iran and Turkey?

Iranian Officials as Corrupt as Ever