Iran: The Fight for Sinjar 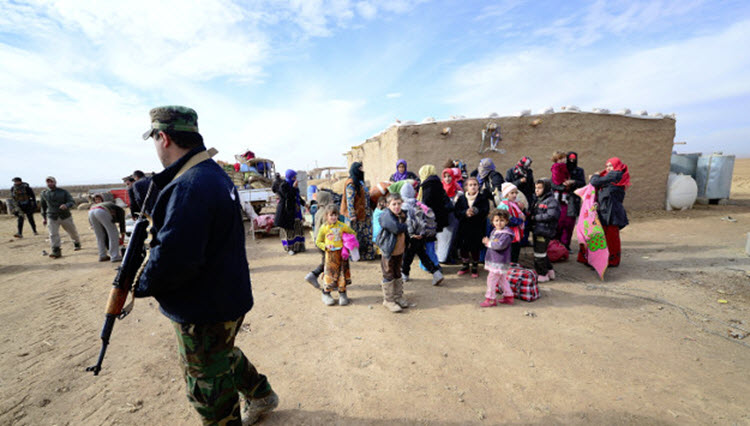 London, 17 Nov – Sinjar in Iraq is proving to be a very wanted area. PKK (the Kurdistan Workers Party), Turkey and Iran all have their eyes on this area because it is strategically important to each of them, but in different ways.

Turkey is bombing all PKK positions to gain control over its strongholds. The country’s President said at the beginning of November that unless the authorities resolve the issues in Qandil and Sinjar, Turkey would “raze those places to the ground”. Turkey sees the PKK as a terrorist organisation, as does the European Union and the United States.

The Yazidis, a Kurdish religious minority, live in Sinjar. The town is located near the Syrian border in northeast of Iraq. Turkey wants the area because the PKK refused to leave after getting there in 2014 to fight IS and to defend the Yazidis despite strong reactions from the Kurdistan Regional Government (KRG) and Turkey.

Iran’s interest in the area became evident earlier this year when the Iranian-backed Popular Mobilization Units (PMU) turned up and attempted to take over villages that are controlled by the Sinjar Resistance Units (the Yazidi forces).

The PMU were instrumental in getting control of Kirkuk from the KRG. The PMU, according to the local Kurds, are mostly Iranian soldiers.

However, one wonders why Iran has such an interest in Sinjar in the absence of ethnic and religious links. Well, it all points to Iran’s Shiite crescent goals. Iran wants its land route to the Mediterranean and to secure itself against regional rival Israel. Getting Sinjar is a vital stop in its line that goes through Iraq, Syria and Lebanon and it will also help to sever all ties with the Kurds.

Tehran is also working on strengthening itself so that it can be a deterrent. However, Iran is unlikely to engage in war. Well, not a direct war in any case.

It could also be said that if Iran obtains the corridor it is after, Turkey will be threatened by this. There are doubts about whether Turkey could control Sinjar, but this is not Turkey’s priority – it just wants to make sure that Iran doesn’t gain control.

As well as being a strategic location for its land corridor, Iran also wants Sinjar because it has Sunni areas. Having control of Sinjar means that Iran can keep them under observation. Iran fears that the Sunnis will gain strength, especially when they have the support of Turkey.

Tensions between Iran and Turkey were heightened because of their differences with regards to the civil war in Syria, but when the issue became a Kurdish one they found themselves on the same side. The two countries have been in competition with each other for hundreds of years are finding it impossible to come to a solution that would suit each party.

They will be involved in a confrontation together – maybe not a military one, but certainly a political one.