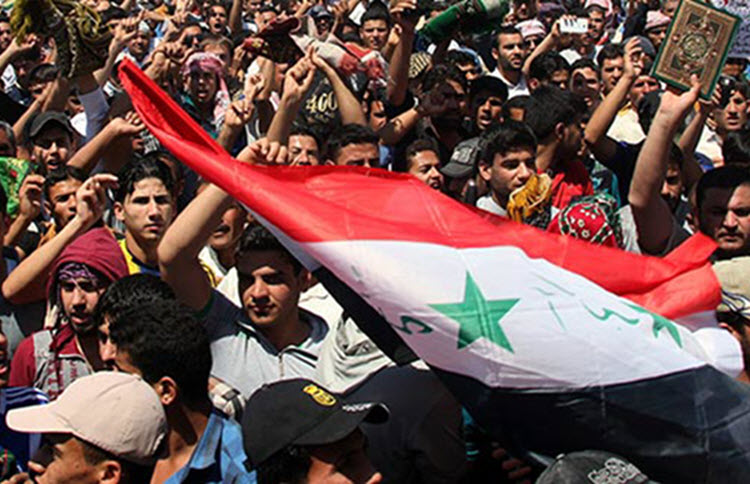 London, 24 July – Iraq’s ruling political class has been shocked by the popular unrest in southern and central Iraq, which is fast growing from a singular issue into an overwhelming call for regime change, not unlike the ongoing uprising in Iran.

The Iraqi people are now completely condemning everyone who rules Iraq, and given that the Iranian mullahs are pulling the real strings in Iraq, this is a complete disaster for Iran.

Iran’s Revolutionary Guards Corps (IRGC) controls the sectarian Popular Mobilization groups, like the Badr militias, Asa’ib Ahl al-Haq, Kata’ib Hezbollah and the Al Khorasani Brigade, which in turn control the majority of Iraq’s wealth, influence and governance, which means that the Iraqi and the Iranian people are both rebelling against Iran.

But there have been mass protests in Iraq before, so why are these so concerning for the Iraqi (and Iranian) rulers?

Well, simply, because the protests are coming from people who traditionally support these Iraqi leaders. The protests broke out in Basra, southern Iraq, on July 8, and quickly spread through many southern and central cities, including Nasiriyah, Najaf, Karbala, Samawah, Al Diwaniyah, which have a large Shiite majority.

The protesters are suspending all other demands and are now only calling for the overthrow of the corrupt ruling system and the prosecution of the officials.

This rebellion from their supporters is causing the Dawa Party and the rest of the Shiite political Islam groups supporting Iran to panic. Some protesters, seen chanting “No to corruption” in the 12th most corrupt country in the world, have even been killed by security forces.

Saudi journalist Mashari Althaydi wrote: “Neither Prime Minister Haider al-Abadi nor Muqtada al-Sadr, the symbol of popular anger, is in a situation that allows them to contain this anger… So will this popular anger be the introduction of a bigger Iraqi change that heals Iraq from the disease of sectarianism and corruption or is it a warning signal that does not necessarily mean comprehensive change or is it a loud scream that will melt in the valleys of silence?”

This is just like what is happening in Iran as It’s traditional base began to rise up in December condemning the mullahs’ corruption, a failing economy, and a failure to deal with water and electricity shortages.

The government has cracked down violently on protesters; shooting at least 50 dead in the street and arresting over 8,000, but this has not stopped the protests. One thing is clear, whether in Iran or Iraq, the people will not stop until the corrupt leaders are overthrown.

The Guardian: The EU will today defy the US...